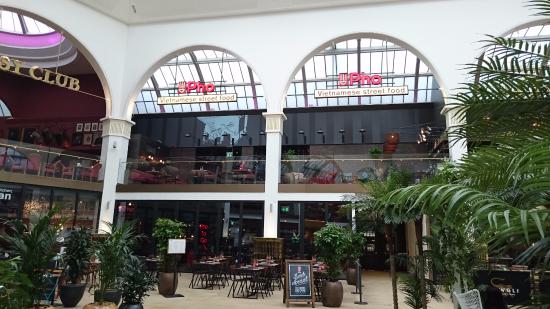 Pho at Corn Exchange is gearing up for a charity night like no other with entertainment, tasty drinks and snacks and a fundraising raffle for Action Against Hunger.

The interactive Battle on the Balcony will be hosted on 3rd October with legendary Mancunians including Luke Unabomber, Simon Binns (LADBible), Denise Johnson (Primal Scream) and Matty White (XS Manchester) all battling it out on the Pho balcony to create a winning cocktail.

Guests will taste all four completely new cocktail recipes made by the battlers and cast their vote for the winner, which will be added to the Pho cocktail menu for a whole year. Donations from each sale will go directly to Action Against Hunger.

Action Against Hunger are the world’s leading hunger charities and over the last 40 years, they have worked tirelessly to alleviate hunger in nearly 40 countries.

Aside from battling, Luke Unabomber will also be DJing throughout the evening and there will also be a chance to win a Pho VIP card.

Escape the Xmas rush-pick up your toddler and head over to the Great Northern...