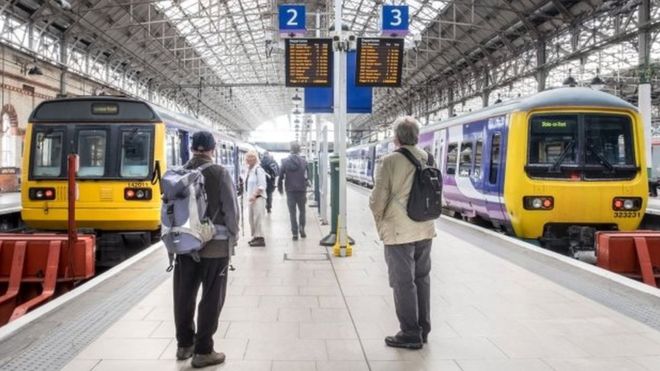 “There is a chasm between the rhetoric of consecutive Tory Prime Ministers on investing in transport in the North and what is delivered.

“Londoners receive almost three times as much transport spending than those living in the North. Yet the Conservatives scrapped rail electrification in the North and slashed budgets, at the same time as green-lighting further investment in London and the South-East.

“If the Prime Minister is serious about closing the North-South divide, he should match Labour’s more than £10 billion commitment to deliver a Crossrail for the North, which will connect Northern cities and help transform the economy of the region.”

Earlier this week we reported that Boris Johnson wants to tear up the plans for HS2 and begin building the railway line in the North.

According to the Sunday Telegraph, Johnson has been studying proposals to begin building the railway line in the North, rather than London, as part of a set of policy changes designed to demonstrate a focus on “left behind” regions and towns.

His plans would involve pushing back construction of the southern half of the line, between London and Birmingham, and giving the green light to the phase connecting the West Midlands with Leeds and Manchester.

He is also expected to make a major speech in the North, which is likely to feature a commitment to boosting local transport connections, including east-west rail links.