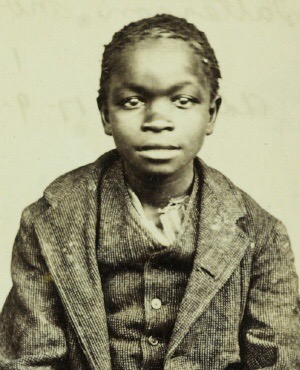 Barnardo’s children from Black backgrounds are celebrated in an interactive online exhibition as part of the UK’s Black History Month throughout October.
The online exhibition includes never before seen Barnardo’s archive images of Black children during the 1800s and 1900s, as well as stories and testimonials of Black Barnardo’s staff, volunteers, foster parents and others.

Barnardo’s was the first children’s charity in England to take in vulnerable Black children in 1874 and continues to do so today. The charity began its work in 1866, only 60 years after the end of the slave trade [2]. At the time Black children were often stranded or left destitute after arriving from overseas on their own. After the Second World War, Barnardo’s took in rising numbers of dual heritage children, many of whom were born to English mothers and American or Canadian GI’s, while the charity also took in large numbers of Black children with Caribbean heritage after Windrush in 1948 [3].

Thomas Barnardo founded the charity after witnessing the poverty and destitution in London’s East End. He was determined to give all children regardless of their background support to help them achieve their potential.

“The Black community is an integral part of our organisation. Every child and family we work with, as well as our staff, volunteers and foster parents, have helped us to become the diverse organisation we are today.

“Black History Month is an opportunity for Barnardo’s to celebrate the achievements and invaluable contributions of the diverse communities across the UK. They continue to help us promote racial justice and equality for all children in the UK.”