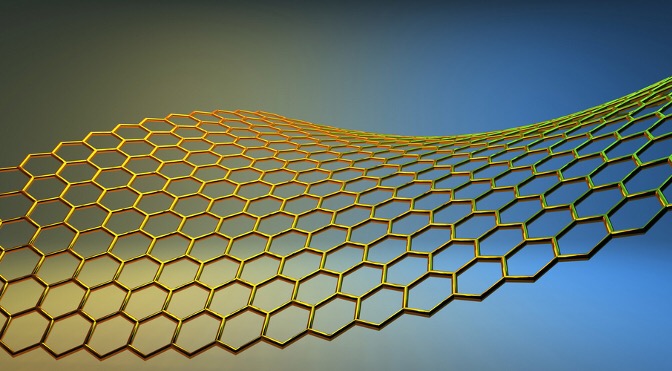 The latest discoveries surrounding the wonder material Graphene, could lead to a revolution in Green energy.

impermeable to all gases and liquids, Graphene can easily allow protons to pass through it, University of Manchester researchers have found.

Published in the journal Nature, the discovery could revolutionise fuel cells and other hydrogen-based technologies as they require a barrier that only allow protons, hydrogen atoms stripped off their electrons, to pass through.

In addition, graphene membranes could be used to sieve hydrogen gas out of the atmosphere, where it is present in minute quantities, creating the possibility of electric generators powered by air.

One-atom thick material graphene, first isolated and explored in 2004 by a team at The University of Manchester, is renowned for its barrier properties, which has a number of uses in applications such as corrosion-proof coatings and impermeable packaging.

For example, it would take the lifetime of the universe for hydrogen, the smallest of all atoms, to pierce a graphene monolayer.

Now a group led by Sir Andre Geim tested whether protons are also repelled by graphene. They fully expected that protons would be blocked, as existing theory predicted as little proton permeation as for hydrogen.

Despite the pessimistic prognosis, the researchers found that protons pass through the ultra-thin crystals surprisingly easily, especially at elevated temperatures and if the films were covered with catalytic nanoparticles such as platinum.

The discovery makes monolayers of graphene, and its sister material boron nitride, attractive for possible uses as proton-conducting membranes, which are at the heart of modern fuel cell technology. Fuel cells use oxygen and hydrogen as a fuel and convert the input chemical energy directly into electricity. Without membranes that allow an exclusive flow of protons but prevent other species to pass through, this technology would not exist.

Despite being well-established, fuel-cell technology requires further improvements to make it more widely used. One of the major problems is a fuel crossover through the existing proton membranes, which reduces their efficiency and durability.

The University of Manchester research suggests that the use of graphene or monolayer boron nitride can allow the existing membranes to become thinner and more efficient, with less fuel crossover and poisoning. This can boost competitiveness of fuel cells.

The Manchester group also demonstrated that their one-atom-thick membranes can be used to extract hydrogen from a humid atmosphere. They hypothesise that such harvesting can be combined together with fuel cells to create a mobile electric generator that is fuelled simply by hydrogen present in air.

Marcelo Lozada-Hidalgo, a PhD student and corresponding author of this paper, said: “When you know how it should work, it is a very simple setup. You put a hydrogen-containing gas on one side, apply small electric current and collect pure hydrogen on the other side. This hydrogen can then be burned in a fuel cell.

“We worked with small membranes, and the achieved flow of hydrogen is of course tiny so far. But this is the initial stage of discovery, and the paper is to make experts aware of the existing prospects. To build up and test hydrogen harvesters will require much further effort.”

Dr Sheng Hu, a postdoctoral researcher and the first author in this work, added: “It looks extremely simple and equally promising. Because graphene can be produced these days in square metre sheets, we hope that it will find its way to commercial fuel cells sooner rather than later”.

The work is an international collaboration involving groups from China and the Netherlands who supported theoretical aspects of this research. Marcelo Lozada-Hidalgo is funded by a PhD studentship programme between the National Council of Science and Technology of Mexico and The University of Manchester.

North’s economy worth billions more than Scotland, Wales and Northern Ireland but is falling...