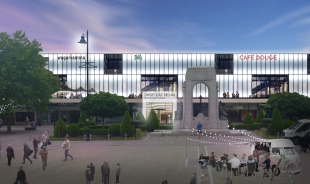 A £1 billion blueprint that will shape and transform the future of Bolton town centre up to 2030 and beyond has been published.

Included in the plan are proposals for a new hotel, office block and a multi-storey car park that could be built at ‘Trinity Gateway’.

The council is already in talks with NCP about the car park. A new pedestrian route through Trinity Quarter is also proposed, anchored by open space via four interlinked squares.

Cheadle Square will be developing housing and apartments on the former bus station site.

While on Queen Street there are plans to create a student housing and a mixed used development to complement cultural venues such as the Octagon, Museum and Library, and establishing a pedestrian route between the Town Hall and Le Mans Crescent with Queens Park.

Church Wharf would be designated a new town centre ‘quarter’ with a mix of apartments and town houses, as well as a new pedestrian route along the River Croal.

The development will see the  opening up the River Croal with an improved environment to make it a town centre feature – proposals include building houses and flats which would overlook the improved river frontage. A series of ‘pocket parks’ are proposed along the river.

Cllr Morris added: “It is no secret that town centres across the country continue to face tough challenges. We are also realistic that the plan may need to change and adapt over the years to reflect changing economic conditions.

“What we do know is that without the council’s direct intervention, there is a risk that the necessary pace and scale of change that is required will simply not be achieved.

“This is not simply looking at one or two compact areas in isolation – it is joined up, strategic planning to transform the town centre for decades to come.

“It is part of the huge jigsaw in our town centre regeneration plan, which can be clearly seen already with the new Interchange, the improvements to Newport Street, our plan to revamp Oxford Street and Knowsley Street, and the support we have given to the fantastic improvements to the Market Place Shopping Centre, with the Vaults and the new cinema.”

he masterplan is proposed to be formally adopted on Monday (September 25) at a Cabinet meeting.

Bolton Council announced initial details of the plan in July 2017 and the authority has since approved borrowing £100 million to kick-start the project. The remainder of the plan will be funded by private sector investors.

The £100 million will be used for a range of priorities including site assembly; getting sites ‘development ready’; public realm, and infrastructure.

It is hoped that work on the first phase of site clearance could start as early as Spring 2018.

The strategy aims to remodel key areas of Bolton town centre with housing – a major proposal within the framework – to attract families, young professionals, older people and students.

Leader of Bolton Council, Cllr Cliff Morris, said: “This masterplan shows how forward thinking and ambitious this council really is.

“We now want to get to work as quickly as possible. We are already speaking to a number of developers and partners about delivering the different schemes outlined in the framework.

“Although it is ambitious we are confident that this is an achievable vision that identifies key areas of the town centre, and it will be a game-changer in terms of transforming the centre of Bolton.” 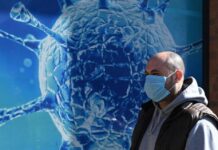 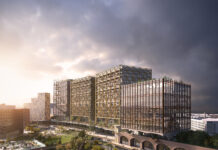 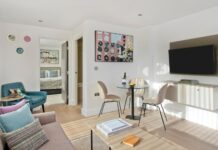