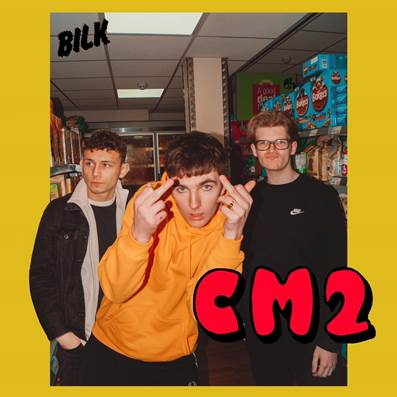 BILK are three musicians creating a unique, angsty blend of indie, rap and punk from the suburbs of Essex. Now, they’re ready to take on the rest of the UK, with a live date at The Castle Hotel in Manchester on October 7th in the diary.

The brainchild of frontman Sol Abrahams, completed by bassist Luke Hare and drummer Harry Gray- their honest social commentary is at real as it gets, reflecting on the highs and lows of British youth culture today.

Their first four tracks, released across 2018, were championed by John Kennedy at Radio X, BBC Introducing, 6Music and Amazing Radio – where both debut tracks reached number 1 on the Amazing Chart. Sol’s rowdy curt delivery oozes swag and rebellion, truly a voice for an oppressed generation trying to find their place in a tiring new world order.

Catch them live later this year, as they prepare to play The Castle Hotel in Manchester on Monday 7th October, available now from www.gigsandtours.com.