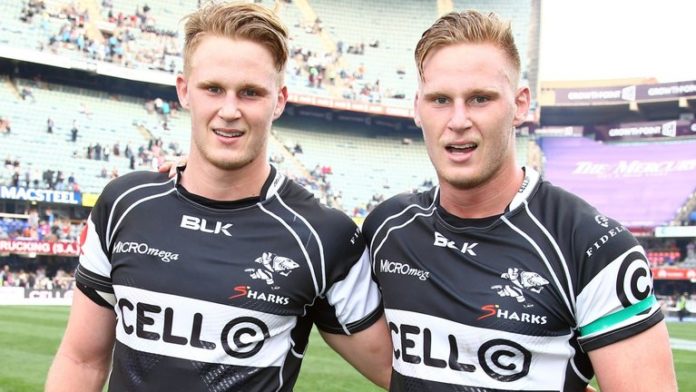 Sale Sharks have confirmed that Jean-Luc and Daniel Du Preez will join the club on permanent basis ahead of the 2019/20 Gallagher Premiership Season.

Both Jean-Luc and Daniel had originally signed short-term loan contracts with Sale Sharks for part of the 2019/20 Gallagher Premiership. However, after successful negotiations with the Cell-C Sharks, the twins have been released from their contracts in South Africa with to allow them to join Sale Sharks permanently.

The twins made their first-team debuts for the Cell-C Sharks in 2015 and have since gone on to make over sixty appearances each for the Durban based franchise.

The powerful back-rowers have both also represented the Springboks at senior level and offer an immense physical presence on the international stage too. Jean-Luc has been capped thirteen times by his country whilst Daniel has made four appearances to date.

Sale Sharks Director of Rugby Steve Diamond was especially pleased to tie Jean-Luc and Daniel down on long-term contracts, he said: “The twins joining the club on a permanent basis really completes the jigsaw in our pack so we can properly compete and challenge for silverware over the next few seasons. We are delighted to have reached an agreement with the Cell-C Sharks and I look forward to welcoming the boys to Carrington in August.”