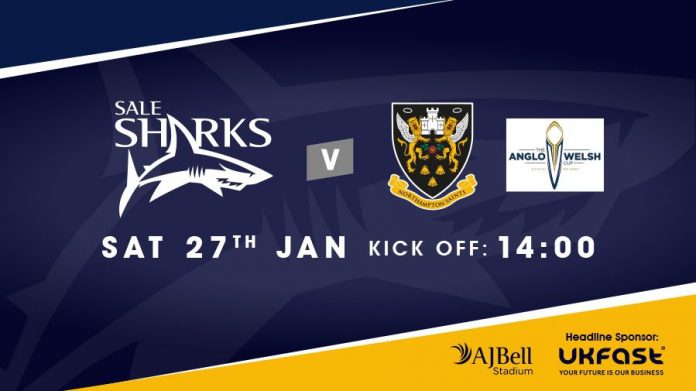 No let-up. That’s the simple message from Mike Forshaw to his Sale Sharks charges ahead of the resumption of Anglo-Welsh Cup action this Saturday when Northampton Saints visit the AJ Bell Stadium.

In tandem with Academy coach Neil Briggs and specialist scrum coach Dan Richmond, the Sharks’ defensive coach will oversee preparations for both this weekend’s match as well as next Friday’s visit to Scarlets.

And as well as looking to build on the club’s opening two wins in the competition, Mike says the message to the players will be to build on the impressive form and consistency that has been the hallmark of the team for the past few months.

“What I want to stress to the players is that we want to maintain the momentum going in the Anglo-Welsh Cup be it in our defence, our work-rate and commitment,” said Forsh.

“Those are key habits that I want us to keep hold of as we go forward.

Northampton are no strangers to the AJ Bell Stadium, having already visited Salford back in November when the Sharks emerged victorious 18-15 after an extremely hard-fought Premiership clash.

Since then the Saints have parted company with former director of rugby Jim Mallinder and brought in Alan Gaffney as technical director who inspired them to impressive wins over Gloucester and Clermont.

And the Sharks defensive coach knows that a tough test awaits his charges this weekend as Sale go in search of a third consecutive Anglo-Welsh Cup win to further boost the club’s hopes of qualifying for the semi-finals.