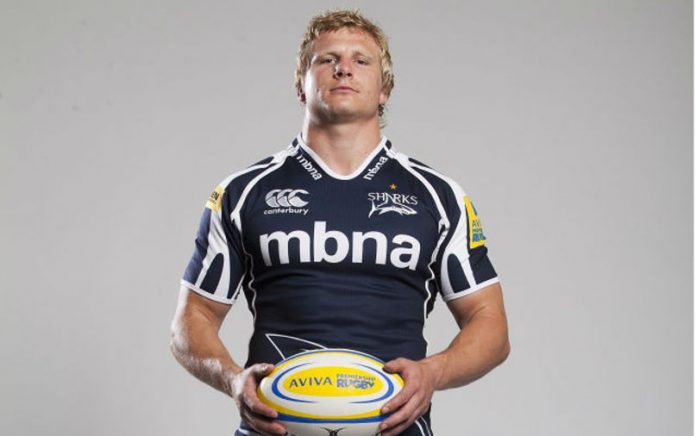 The 33-year-old open-side flanker joined the Sharks in 2009 from Saracens and went on to make almost 200 appearances for the club, establishing himself as one of the Premiership’s most consistent performers.

His superb form saw David appointed club captain in the summer of 2012 and over the course of his stellar career with the Sharks, his work-rate, aggression and commitment to the cause made him a huge club favourite.

In total, David made 196 appearances for the Sharks, scoring 19 tries and well as his key contributions on the field, he also became a key mentor off it, offering valuable advice and guidance to Sale’s younger players

A former England Under-21 international, David also won a silver medal at the 2006 Commonwealth Games Rugby Sevens tournament in Melbourne as part of England’s squad.

Now David’s focus and concentration will be trained on developing his coffee business, Couch Grind Coffee, which he established last year.

To mark David’s superb service, he has been appointed as an official Sale Sharks club ambassador.

Sale Sharks’ director of rugby Steve Diamond, who ironically handed David his big break in senior rugby when he was in charge at Saracens back in 2004, paid handsome tribute to David’s contribution to the club.

“David has been an absolutely magnificent servant for the club,” said Dimes.

“Over the course of his nine years here, David has led by example, putting his body on the line week in, week out and he has been an absolute credit to the club.

“We are delighted that David will retain his close links with the club by becoming an official ambassador and everyone here at Sale Sharks wishes him all the best with his future career.”

Three young Sharks in Under 18 squad to face Wales

Jennings makes first start since December for the Sharks