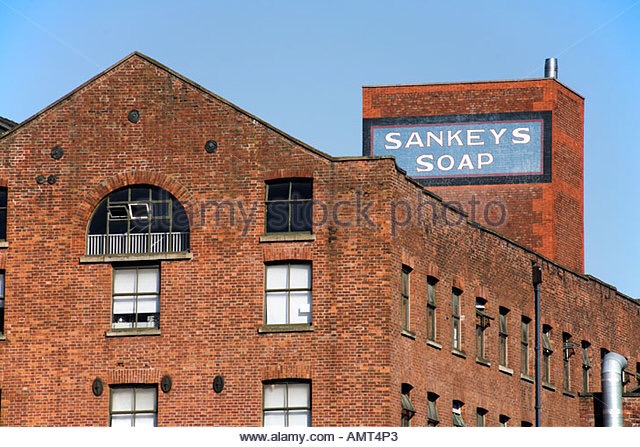 This week saw the sad news that Sankey’s night club in Ancoats will be closing after the Grade II listed cotton mill it was situated in is to be converted into luxury flats.About Manchester takes a look at the history of the building and the nightclub.

Beehive Mill is without a doubt one of the group of what would become internationally significant cotton spinning mills in Ancoats. The building was constructed in three phases, the first two being in the early 1820s.

The earliest part is an L- shaped block of five storeys and thirteen original bays to Radium Street with three bays to Jersey Street.The second phase, built in 1824 was used as warehousing and an important early example of early fireproof construction in the country.

This “fire-proofing” would catch on, and many subsequent mills, factories and warehouses were to employ the system.

The roof of the 1824 warehouse is said to be the only known surviving example in Manchester of an advanced form of mill roof using cast and wrought iron, and which was prefabricated.

The fire proofing however was not a success for on a Saturday evening in 1841, fire broke out leaving a Greater part of the building, and the valuable machinery with which it was stocked, in ruins.

The destruction was blamed on confusion in reporting the initial fire and problems in getting water to the scene of the inferno.By eight o clock in the evening reports told of the appearance of one complete sheet of fire, visible for many miles round, especially on the Ashton and Denton side of the town.

Floor after floor gave way in rapid succession, and, together with the heavy machinery in the different rooms, fell with heavy crashes into the vortex of flame.The estimated value of the damage caused was £25,000 but it would rise from the ashes and was rebuilt.

Over time it has housed a cotton mill, iron works, coal yard and a soap factory and it was in homage to the latter that in the middle of the nineties, it became the site of a nightclub called Sankey’s soap.Andy Spiro and Rupert Campbell transforming the basement of the soap factory into a new Manchester venue.

Hacienda DJ and writer Dave Haslam recalled the place in an interview in 2011.

“We just DJ’d up in Manchester a couple of weeks ago actually, at Sankey’s [Sankey’s Soap—a club housed in an old warehouse formerly dedicated to the production of, yes, soap. Sankey’s is situated in Ancoats, a barren industrial wasteland, resistant to all attempts at gentrification]. It was mad, the atmosphere in there was unbelievable. Afterwards, one of my mates had his car nicked. We found it later, someone had driven it into the canal!”

The club was famous for its bouncers on the door, The Chemical Brothers recalled visiting:

“We joined the queue in the freezing cold, and shivered our way to the front.Here, we were faced with no less than eight bouncers, all wearing matching outfits: black coats, black jeans/trousers, and black leather gloves. Their collective shaved heads glinted under the shiny new sign above the door. The only one with anything to mark him out as an individual had a very vaginal looking Mohican; a strip of coarse, pubic hair dividing his head, and declaring “Macho!” loudly and pornographically. It was, of course, this man who stopped us, glaring menacingly.

“You ain’t getting in with that shirt,” he said at my friend, who was obnoxious enough to wear a neatly pressed black shirt, black trousers and black shoes. He couldn’t see the problem.

“Out of the queue,” the Mohican man ordered. Another friend piped up:

We were cast aside, huddling together, watching other people get subjected to the same treatment. I was taken back to my time at the airport. The security staff behaved in exactl the same way, their fictional authority puffing their chests as they sat on their high, high horses. I looked at the bouncers and just saw that their lives were structured around appearing tough, and getting paid. Humanity, it seems, has reached a peak of affectation: machismo in the modern world is nothing more than eight men in black standing with their legs so far apart that they are in danger of tearing their groins. I would have stifled a giggle right there on the street if I hadn’t been so darned cold.”

The club closed in 1998, running into financial difficulty but would reopen in the new millennium under business partners David Vincent and Sacha Lord-Marchionne.

The early part of getting decade saw it reach great heights, one of the best clubs in the country, a warehouse party in 2003 saw 11,000 people atttending.

Meanwhile in 2005, the disused Bengal Street block of Beehive Mill was completely destroyed by fire in July 2005. The fire threatened to destroy the rest of the complex, which houses Sankeys nightclub and offices. In an effort to extinguish the fire, water was pumped from the nearby Rochdale Canal.

Vincent left and then returned but visitors started to lag until with original owner and founder Andy Spiro, the club was once again reborn.

Now in January 2017 it has been according to its owners forced to close due to matters beyond their control with the site’s lease running out and pans to turn it into luxury apartments.

But will Sankey’s die? Watch this space.