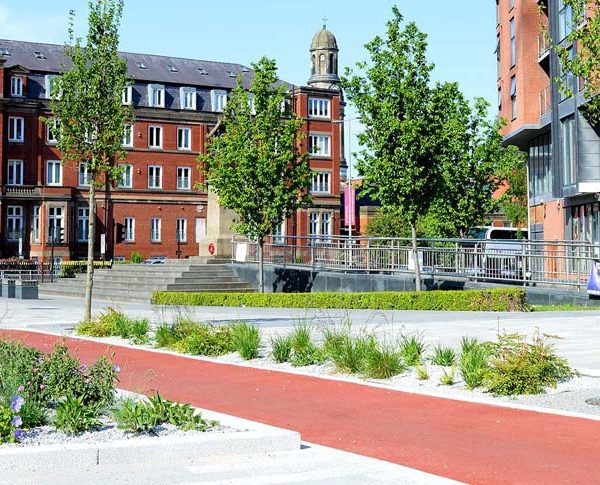 Salford residents are being invited to have their say about two new transformational cycle routes aimed at opening up travel on foot and by bike across the area.

The two proposed Bee Network schemes, which are worth a combined total of £8.9 million, will transform Chapel Street East with Dutch-style protected cycle lanes and improve both on and off-road links on cycle routes between Swinton and Monton.

Salford City Council has developed the plans to extend its award-winning traffic-free network and ensure it connects to the area’s wider walking and cycling network and both are now open for public consultation.

Salford City Mayor, Paul Dennett said: “We encourage as many people as possible to get involved with Chapel Street East and Swinton Greenway Consultations and be part of the future of cycling and walking infrastructure in Salford.”

Both the Chapel Street East and Swinton Greenway schemes are part of Greater Manchester’s plans to deliver the UK’s largest cycling and walking network: the Bee Network. Headed by Cycling and Walking Commissioner, Chris Boardman, the vision behind the Bee Network is not just about encouraging walking and cycling, but also creating healthier and more attractive neighbourhoods to live and work in.

Chris Boardman, said: “More people travelling on foot or by bike is a by-product of creating better places to live, work and socialise. The transformations of Swinton Greenway and Chapel Street East will make life easier for people who want to be able to make local trips on foot or by bike, leaving the car at home.”

So far, 57 schemes totalling £339 million have been approved across the region as part of Greater Manchester’s Bee Network plans.

Information on the Chapel Street East consultation can be found here.