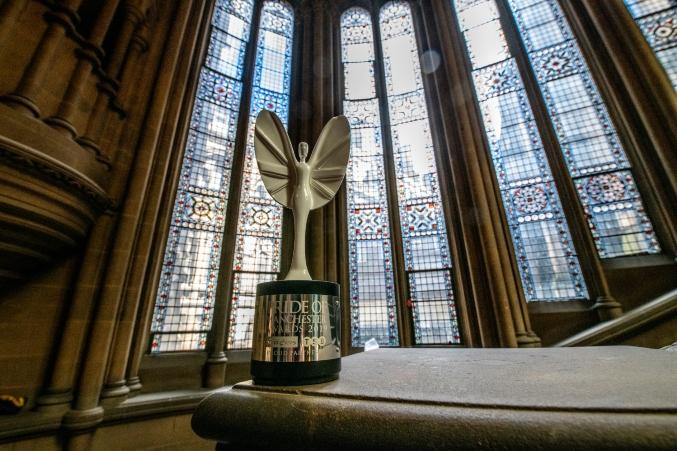 An award presented to the people of Greater Manchester in recognition of their response to the Manchester Arena attack is to go on a tour of libraries across the region.

The Spirit of Manchester statue was bestowed upon Greater Manchester at the first ever Pride of Manchester Awards on 8 May 2019, as a symbol of the region’s strength, courage and resolve following the tragic events of 22 May 2017.

The statue was given to the entire region as a special award, after judges received hundreds of nominations for the ‘Pride of Manchester’ award and found it impossible to select a single winner.

After spending time on display at libraries in each of the ten Greater Manchester boroughs, the statue will end its tour at Manchester Art Gallery, where it will remain on view until it takes up permanent residence at Manchester Town Hall, which reopens to the public in 2024.

The Leader of Manchester City Council, Sir Richard Leese, said: “This award symbolises the incredible solidarity, generosity and community spirit which characterised Greater Manchester’s response to the terrible events of 22 May 2017.

“The Spirit of Manchester statue was presented to the whole of Greater Manchester in recognition of its determination that love would triumph over hatred, which is why we want to ensure that everyone across the region has the opportunity to see it in person.”

The Spirit of Manchester statue will be on display at the following venues: –

A brand new concept is coming to Anocats with an aim to tackle homeless!

Gaumont Cinema – where the Bee Gees first performed – could be saved from...