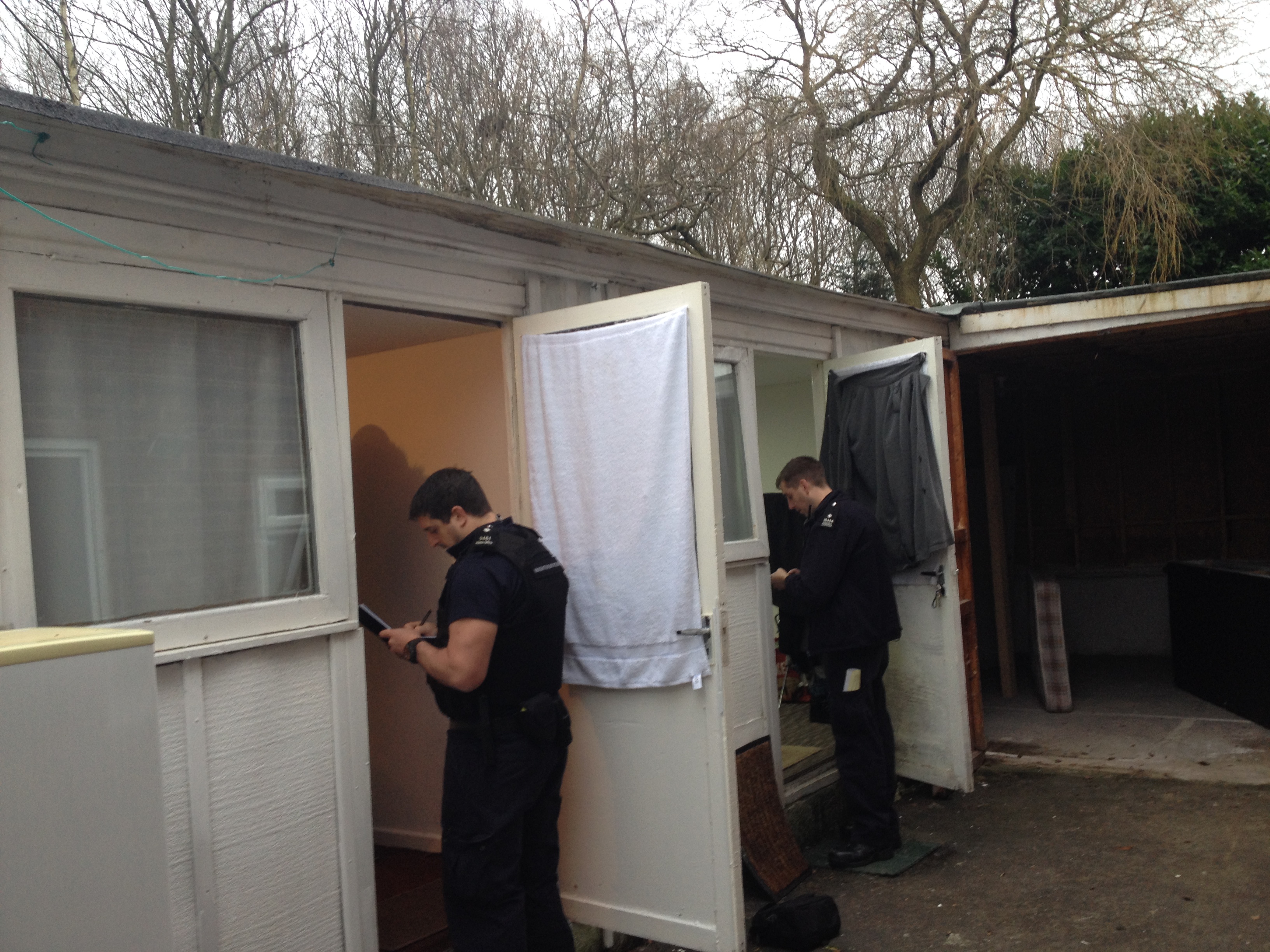 Housing chiefs have given Salford landlords a stern warning – beds in sheds will not be tolerated in the city.

Thirteen people died and 69 were seriously injured in over 400 fires in makeshift homes in London between 2009 and 2014 where landlords have converted sheds, outbuildings and garages into accommodation because of high rents.

The Salford warning comes after two families were discovered just before Christmas living in timber framed ‘bedsits’ in the back garden of a house in Little Hulton. One couple had two children with them. The rooms were less than 10 metres square.

Councillor Paul Longshaw, lead member for housing and neighbourhoods said he was disgusted and furious when the ‘bedsits’ came to light. The two buildings have now been demolished and the families helped to find new homes.

“We had a tip from a professional colleague who knows the street and was puzzled by the ‘a’ added to the number of the house. When we went to the house we found 8a was this makeshift housing, hidden behind a high garden fence which had a letter box cut into it and a house number plate attached. The so called bedsits were in the back garden,” he said.

“The bedsits may have been converted from a garage or shed and were cramped, a fire risk and totally unsuitable for people to live in. They were being advertised for rent on an internet site as self contained rooms at £80 per week. We instructed the landlord to demolish them, which he has done, and the two families have now found more suitable accommodation.

“Taking advantage of people in this cruel way disgusts me. My heart really went out to the families that had to experience this. We do not expect or want landlords in our city to treat people in this low fashion. Rachmanism should have been consigned to the dustbin of history, not happening right now. If we become aware of this kind of dirty practice we will not hesitate to use the full force of our enforcement activity to quash it.

“There are perhaps one or two good things that come out of London but beds in sheds is not one of them. People deserve decent housing and we will do all we can in Salford to make sure they get it.”