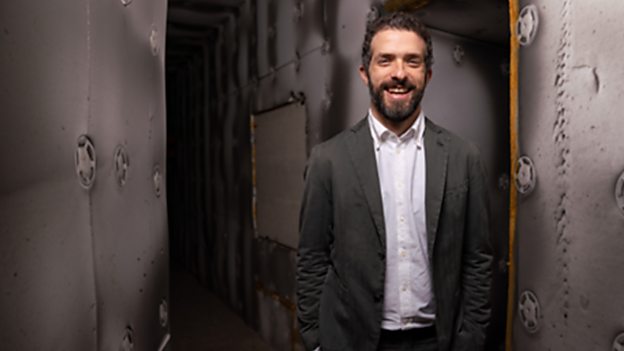 The BBC Philharmonic is set to release The Music Room, a filmed online in-conversation series hosted by Chief Conductor Omer Meir Wellber that begins by exploring each of Beethoven’s nine symphonies.

The conversations, filmed during lockdown and with some guests hundreds of miles apart, brings the innovative offer for audiences that the BBC Philharmonic and Wellber are known for to a new format.

The Music Room collaborations feature musicians from the BBC Philharmonic taking an informal look at Beethoven’s music and exploring new ideas – reaching audiences in a new way whilst not being able to come together on stage.

Each episode gives a fresh perspective into the composer, his life and his legacy. Wellber, known for his exciting and unconventional approach, adds an experimental tongue-in-cheek twist with some guests appearing as characters from Beethoven’s life.

The launch accompanies a rare release of archive performances of Beethoven’s symphonies on the BBC Philharmonic website, all previously recorded at Manchester’s Bridgewater Hall.

Omer Meir Wellber, Chief Conductor of the BBC Philharmonic, says: “Working on this series with our musicians and guests has been a wonderful way to make something for, and stay close to, our audiences. In this lockdown period, I wanted to bring something unexpected, interesting and new to enable us to be apart, together.”

Episodes will be released weekly on the BBC Philharmonic’s website and Facebook page every Thursday from 16 July at 8.00pm. The orchestra’s archive performances of Beethoven’s symphonies will also be available on the website from Monday 13 July. The BBC Philharmonic can be found at bbc.co.uk/philharmonic and BBC Philharmonic on Facebook.

The series comes as the BBC celebrates 250 years since Beethoven’s birth through Beethoven Unleashed, a BBC-wide programme running throughout 2020. From Monday 6 July, a new three-part documentary, Being Beethoven, will explore the human side of the composer – placing his art in the context of his life and environment.

Full Week 53 programme at the Lowry has been announced