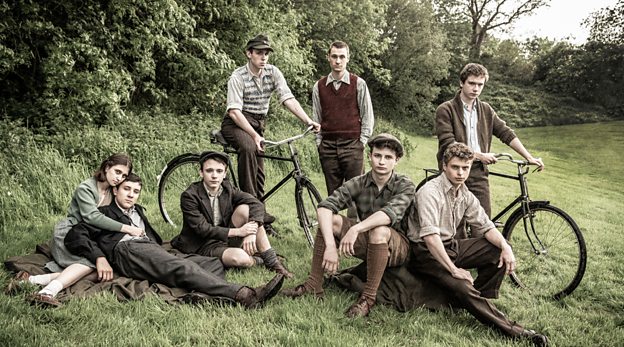 In the summer of 1945 Europe lay in ruins. Six million Jews had been murdered by the Nazis, but in the liberated concentration camps there were survivors. Among them were many Jewish children, long separated from their families, who had somehow survived camps, slave labour factories and death marches. Without homes or families to return to they were alone in the world.

A coachload of children arrive at the Calgarth Estate by Lake Windermere, England. They are child survivors of the Nazi Holocaust that has devastated Europe’s Jewish population. Carrying only the clothes they wear and a few meagre possessions, they bear the emotional and physical scars of all they have suffered.

From Bafta-nominated screenwriter Simon Block and Bafta and Emmy-winning director Michael Samuels, The Windermere Children is the first dramatisation of a remarkable true story about hope in the aftermath of the Holocaust, based on the powerful first-person testimony of survivors who began their new lives in the UK.

The drama is led by a stellar cast including Thomas Kretschmann, Romola Garai , Tim McInnerny and Iain Glen .

Charged with looking after the children is child psychologist Oscar Friedmann . Along with his team of counsellors, including art therapist Marie Paneth (Garai), philanthropist Leonard Montefiore (McInnerny) and sports coach Jock Lawrence (Glen), they have four months to help the children reclaim their lives.

By the lake, the children learn English, play football, ride bikes, express their trauma through painting – and begin to heal. Some locals taunt them, but they are embraced by others. Haunted by nightmares, they yearn for news of their loved ones. When the Red Cross arrives with letters about the fates of their families, none of them receive good news. But in the absence of relatives, the children find family in each other.

The Windermere Children is the stark, moving and ultimately redemptive story of the bonds the children make with one another, and of how the friendships forged at Windermere will sustain them as they rebuild their lives in the UK.

The Windermere Children will air on 27 January 2020, the 75th International Holocaust Memorial Day.

At the end of the bottle, let the memories return. Relax by candlelight, as...