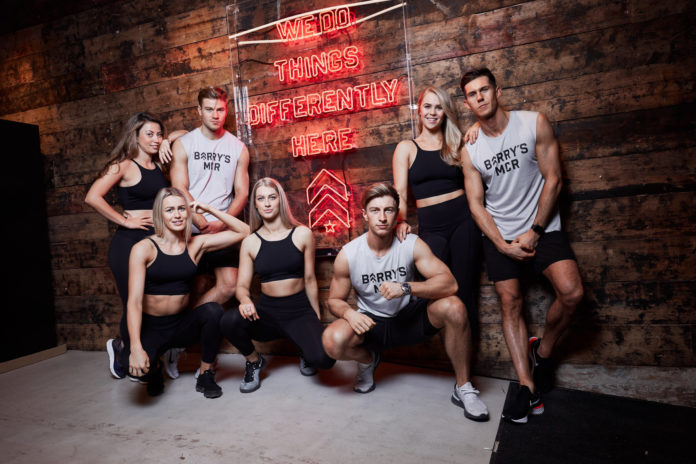 Barry’s Bootcamp has been putting the people of Manchester through their paces for a full year and has quickly become a dominant force in the region’s health and fitness market.

To celebrate, the international fitness phenomenon is throwing a party in its Manchester studio on 05/12, from 19:00 until late – and it is an open invite, so the more the merrier.

The celebrated Red Room which features a nightclub-specified sound system and high-tech Woodway treadmills has won over fitness fans across the city, with over 48,000 attendees taking to the studio since its opening.

The bootcamp’s beloved post-workout shakes have similarly become a ritual for many, with the team giving out just under 16,000 since Barry’s opened its doors in December 2018.

With top qualified fitness instructors that push you to be your best and inspire you to lift heavier and run faster, Barry’s Bootcamp is living up to be ‘The Best Workout in the World’.

The Barry’s Bootcamp phenomenon was brought to the UK by Sandy Macaskill, who fell in love with the LA-born fitness brand and has subsequently opened studios in London, Manchester and Edinburgh.

“Opening in Manchester has been incredible – the energy and spirit in this city is unmatched”, said Sandy. “It feels surreal that we’re already celebrating our first birthday here.

“Highlights for the team and I have included doing a charity session with the Class of 92 and running our Lucky 7 initiative – we hand-picked a few members to receive a completely transformational Barry’s programme which targets fitness, mental health and nutrition. Seeing the results so far has been really rewarding – it’s genuinely improving lives.

“Manchester has welcomed us with open arms, and we hope we can demonstrate how grateful we are by throwing a great party to say a little thank-you.”

Housed in the ABC Buildings, part of Allied London’s 17-acre St. John’s development, Barry’s Bootcamp in right in the heart of a new cluster known as ‘Enterprise City’ – purpose-built for the creative, media and tech industries.

The Lowry’s first ever 4D theatre show hits the stage.