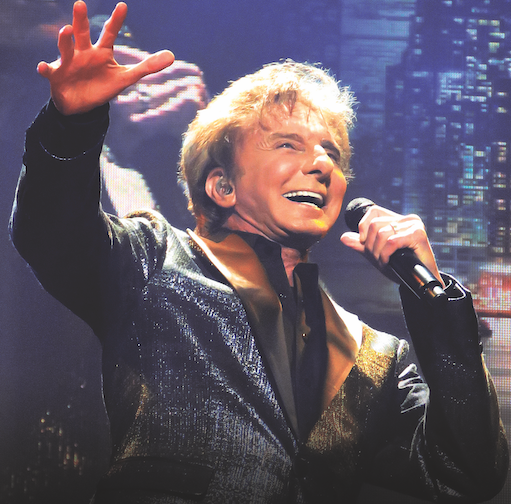 Barry Manilow is coming to Manchester next year.

He will be appearing at the Manchester Arena in May as part of a limited number of arena concerts.

The first concert is at Birmingham’s Resorts World Arena on May 28th  followed by Newcastle, Manchester, Cardiff, London, Leeds and Glasgow on June 7th.

A Songwriters Hall of Fame inductee, Manilow has triumphed in every medium of entertainment.  With worldwide record sales exceeding 85 million, Barry Manilow is ranked as the top Adult Contemporary chart artist of all time with over 50 Top 40 hits including 12 #1s and 27 Top 10 Hits.

He is ranked as the #1 Adult Contemporary Artist of all time by Billboard and R & R magazines.  Rolling Stone Magazine refers to Manilow as “the Showman of our Generation.”