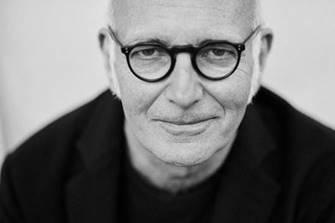 Ground-breaking composer and pianist Ludovico Einaudi, one of the most successful musicians on the planet will perform at Manchester’s O2 Apollo on Saturday 14th March. This will be his one and only performance at the UK during this tour which is promoting his latest release ‘Seven Days Walking: Day One’ , released on Decca Records in 2019.

The No. 1 UK Classical Chart album ‘Seven Days Walking: Day One’ became the fastest-streamed album ever from a classical composer in its first week of release. The popularity of his 14th studio album helped Einaudi exceed 2 million streams on release day, and it continued to stream at a record-breaking rate for the next seven days, dominating classical charts across the globe.

Einaudi, whose unique musical style is renowned around the world, repeatedly tops the classical charts globally with his hauntingly beautiful and evocative music. With over 1 million streams a day the pianist has clocked up a staggering 2 billion streams, making him the biggest streamed classical artist of all time. Einaudi’s last album, ‘Elements’, released in 2015, saw him become the first classical composer in over 20 years to reach the Top 15 of the Official UK Album Charts

Ludovico Einaudi’s music has become some of the most recognisable in the world through its use in films and advertisements, making him the world’s most ubiquitous contemporary composer. He has provided music for numerous films including Shane Meadows’ ‘This Is England’ and the TV sequels ‘This Is England ‘86’ (for which he earned a BAFTA nomination), ‘This Is England ‘88’, and ‘This Is England ‘90’. His music also appears in numerous feature films and trailers, including the Joaquin Phoenix mockumentary ‘I’m Still Here’, the French Oscar nominee ‘Untouchables’ and the multi-award-winning film ‘Mommy’ by Xavier Dolan, as well as regularly being heard on popular weekly television programmes and high profile adverts.

Fans include Nicki Minaj, who walks onstage to his music, Iggy Pop, Tom Hiddleston and Ellie Goulding, but to name a few. Championed by BBC Radio 1 DJ Greg James, Einaudi’s music has been sampled by Professor Green and remixed by Mogwai and Starkey. In 2016 the pianist performed on a floating platform in the middle of the Arctic Ocean, specially built by Greenpeace, to raise awareness of global warming.

Einaudi was born in Turin and trained as a classical composer and pianist at the Milan Conservatorio. He studied under Luciano Berio, one of the most important composers of the twentieth century avant-garde. After some early prestigious commissions in the classical world Einaudi turned his back on what he regarded as an essentially conservative approach to music to embrace his own enthusiasms, which included African, folk and rock music.

Mancunian poet Mike Garry works with budding young musicians in an exploration of a...