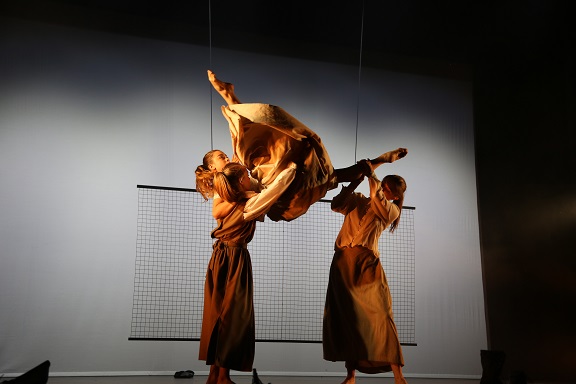 Emergence is the brand-new company formed from MA dance students from the University of Salford.

Led by Artistic Director Joss Arnott and Programme Leader Sarie Mairs Slee, the students will come together to tour a double bill of works created for and with them by Arnott and Phoenix Dance Theatre’s Artistic Director Sharon Watson, who is the company’s guest choreographer for 2018-19.

The 12 female dancers in the company will perform the two works which both take empowerment as their starting point.  Watson’s piece titled And still I walk… draws inspiration from the women’s suffrage movement and focuses on the universal theme of mankind’s continued plight for justice.

This deeply emotional piece features a transformative score of music by Hans Zimmer and Max Richter which enhances the sense of being taken on an emotional journey, and costumes inspired by a visit to the People’s History Museum in Manchester.

Speaking about the piece, Sharon said “the piece has been inspired by 100 years of the suffragette’s movement. A movement which I think and believe is still relevant to us today. It’s a message that speaks to our females as well as our men”.

Arnott’s work When Worlds Collide also features a powerful, cinematic score which has been composed specially by James Keane. Taking the music as a starting point, Arnott works with the dancers to create the piece, first teaching them his unique physical language before the collaboration can begin.

This language, which is rooted in classical and contemporary techniques builds on the dancer’s strengths creating a work that is thrilling to watch. Joss has described the work as “a really exhilarating spectacle, demonstrating an exquisite interplay between movement, music and lighting which audiences will hopefully remember for a long time”.

Emergence comes to Waterside on Friday 1 February at 7.30pm.

Just three weeks til Sound of the City hits Castlefield