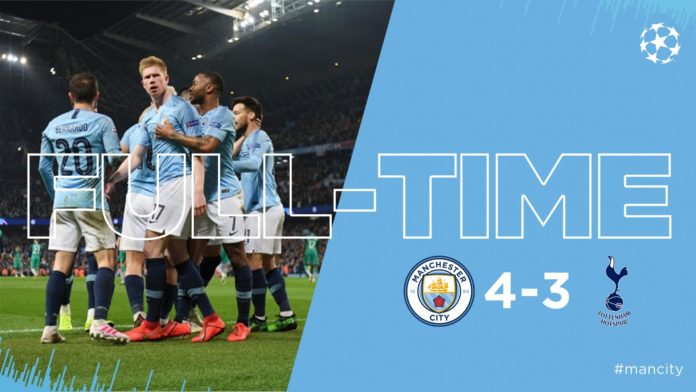 Manchester City suffered a 1-0 loss in the first leg of their Champions League quarter-final tie against Tottenham Hotspur. Playing at Spurs’ new ground, there were some odd selections made by City manager Pep Guardiola, and it raises questions as to how strong City’s squad is for the remainder of the season.

Despite the loss, Manchester City are still the favourites to progress to the semi-final, according to Champions League betting on Betfair. With the end of the season fast approaching, we’ve taken a look at areas Pep will need to improve over the summer to maintain City’s dominance.

From what we’ve seen of Benjamin Mendy in the Premier League, he is a very good left back. However, there is one major problem with him – he’s become injury prone. He arrived at City for a staggering £52 million in the summer of 2017, but picked up an anterior cruciate ligament injury in his knee, resulting in him missing most of the season.

In November 2018, he underwent surgery for a cartilage problem in his left knee, resulting in him missing 12 weeks of football. For a team as ambitious as Manchester City, they will need to find someone who can provide cover for Mendy. While they have Fabian Delph and Danilo, someone with more consistency would be ideal.

City have a range of choices to fill the void. If they want a young English player who has Premier League experience, then Leicester’s Ben Chilwell would be worth a look at. Kieran Tierney of Celtic and SL Benfica’s Álex Grimaldo are both worthy alternatives.

Although the Citizens have a wealth of talent who can play in the centre of midfield, there are several midfielders who are on the wrong side of 30, and Pep will need to inject some youth for the future.

Phil Foden looks to be a future star for City, but they have Fernandinho and David Silva, who are both 33, which could and should prompt Pep to act in the summer. For more homegrown talent, Guardiola’s eyes should be cast towards West Ham’s Declan Rice, who has built up a good reputation in the Premier League this season.

Ruben Neves of Wolverhampton Wanderers has been a name previously linked with City, as well as Real Madrid’s Isco. The latter has featured less frequently this season, and a move to England might be just what the Spanish midfielder needs in order to restart his career.

İlkay Gündoğan has a year remaining on his contact, and if he doesn’t extend his deal, Guardiola would be sensible to get someone in this summer to prepare for the worst.

Sergio Agüero is one of the greatest strikers to have ever graced the Premier League, but at 30, City will need to consider and prepare for life after Agüero. They have young Brazilian Gabriel Jesus at their disposal, but he’s yet to prove himself as a reliable replacement, leaving them light up front if Agüero is unavailable.

After an awful World Cup, you might forgive people for forgetting about young German striker Timo Werner, but having scored 13 goals in 24 Bundesliga games for RB Leipzig so far this season, he’s certainly a talent City should keep an eye on.

Mauro Icardi has long been linked with some of Europe’s top teams, including Real Madrid, but with Agüero still in the side, it might be the ideal time to bring in fellow Argentine Icardi. 16 goals in 29 games this season is a good return for a striker, playing for an Inter Milan team that is only just finding its way back into Champions League contention. He’s used to scoring over 25 goals a season, so put him in a City side that are full of chances, and expect that number to rocket.