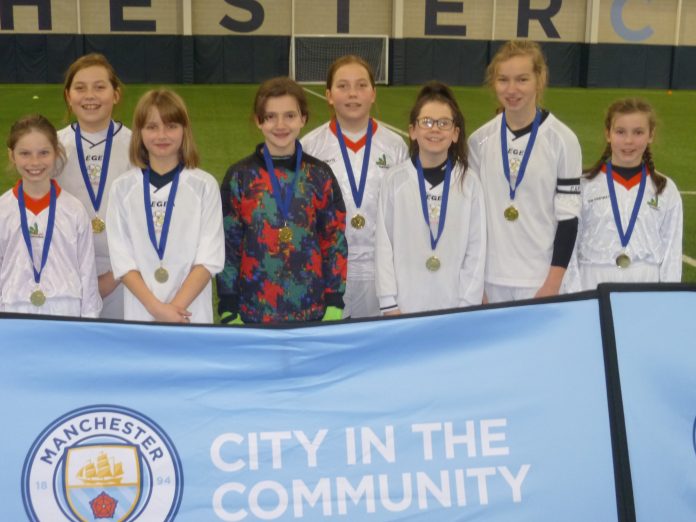 Local school Hursthead Junior in Stockport have qualified for the finals of the ‘Premier League Stars Tournament’ to be played on May 23rd at the home of Leicester City.

The Premier League Stars Tournament is a national competition with every Premier team taking part and is an initiative of the Premier League to work with pupils and inspire children to be more active and develop important life skills.

Hursthead Junior’s football team of under 11 girls qualified by coming top against 41 other school teams at Manchester City’s ground on the 14th February, this fantastic achievement means they now go forward to the finals representing Manchester City (and will be supplied with full Manchester City kits) to compete against 19 other schools from the other Premiership clubs.

It is really positive to see so many girls playing and enjoying football, especially after the recent success of the Lionesses.

Headteacher Eleanor Losse said “I am delighted that our U11 girls’ team were so successful in the qualifying round. This is an amazing opportunity for them to experience high level competition, meet other teams and create fantastic memories. We are so proud of their achievements so far and the whole school community will be cheering them on in the finals.”