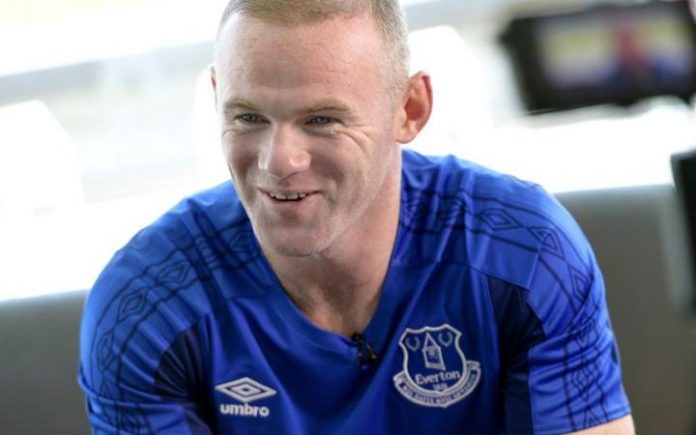 Wayne Rooney is to rejoin Everton, 13 years after signing for the Reds from the Merseyside team for an undisclosed fee.

The 31-year-old boyhood Blue made 77 appearances for Everton and scored 17 goals between 2002, when he made his Premier League debut as a 16-year-old, and 2004 when he departed for Old Trafford.

“Wayne has shown me that ambition that we need and that winning mentality – he knows how to win titles and I’m really happy he’s decided to come home,” said Everton manager Ronald Koeman.

“He loves Everton and he was desperate to come back. He is still only 31 and I don’t have any doubts about his qualities. It’s fantastic he’s here.”

Commenting on the move on the United website,Jose Mourinho said:

“It is no secret that I have long been an admirer of Wayne; he has been a model professional throughout his time at the club and will remain in the history books for many years to come.

“It is never easy to see a great player playing less football than he would like and I could not stand in his way when he asked to go back to Everton. His experience, focus and determination will be missed and I wish him well for the future.”

Ed Woodward said, “Wayne has been a fantastic servant to United since the moment he signed for us as a prodigiously talented, explosive teenager some 13 seasons ago.

“Who can forget his storybook debut hat trick against Fenerbahce, the spectacular overhead kick against City and the countless match-winning performances in his time here? But after much discussion, the club has decided to accept his request to rejoin his boyhood team.

“He goes having created some of the most magical moments in some of the most successful years in the club’s history. Wayne leaves us as our greatest ever goalscorer and having won every major trophy in the game. His record will take decades for anyone to get close to matching and I am extremely grateful for the way he has led from the front since being appointed club captain three years ago.

“On behalf of the whole club and our hundreds of millions of fans around the world, we wish Wayne all the very best for the next phase of his incredible career.”