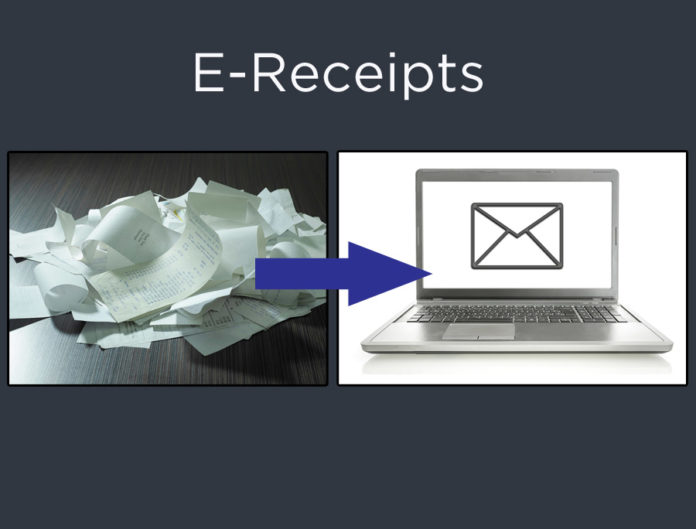 Which? is concerned that retailers are breaching data protection laws, after a snapshot investigation found some of the biggest names on the high street were including unwanted marketing information in e-receipts sent to shoppers.

Each retail group was visited a minimum of three times and in each case the mystery shoppers requested an e-receipt but told the retailer they did not want to receive any additional marketing.

Retailers must not send direct marketing to new customers by email unless the person receiving the email has consented to receive it. If a retailer asks for an email address at the point of sale and plans to send marketing information, they must give shoppers the option to opt out.

One shop sent a marketing email with the e-receipt attached, while others included prompts to sign up for the store’s newsletter or invitations to complete a survey in return for money off a future purchase.

In one of the stores visited, the Which? mystery shopper was correctly told by a store worker that the retailer was not allowed to send marketing information if a customer opted out but then subsequently received an e-receipt which contained marketing.

The Which? investigation also identified some good practice. In all three Topshop stores visited, there were signs displayed at the tills which included information on how customer details would be used and a prompt to find out more on the website.

Which? would like to see this approach become more commonplace, so customers can make an informed decision before handing over their email address.

Although most shops in the investigation complied with the law, the e-receipts received by the mystery shoppers which did contain unwanted marketing raise concerns that some retailers or their employees do not fully understand their obligations.

Which? has concerns that retailers may act inconsistently when it comes to their electronic marketing and this could lead to consumers being bombarded with unwanted marketing messages in e-receipts.

The consumer champion launched its investigation after conducting a survey of more than 2,000 people, which found 70 per cent were concerned about how retailers might use their data.

Almost three in five (59%) were concerned that if they received an e-receipt their email address might be shared with third parties, and just over two in five (42%) were concerned e-receipts made it easier for companies to target them with personalised marketing.

“More and more shops are offering e-receipts, which can be convenient for shoppers, but our investigation suggests not all shops are aware of the law.

“Retailers must do everything possible to ensure shoppers can have confidence that they won’t be bombarded with unwanted marketing emails and that their personal details are safe.”

Got a fancy job title? Well blame the Victorians