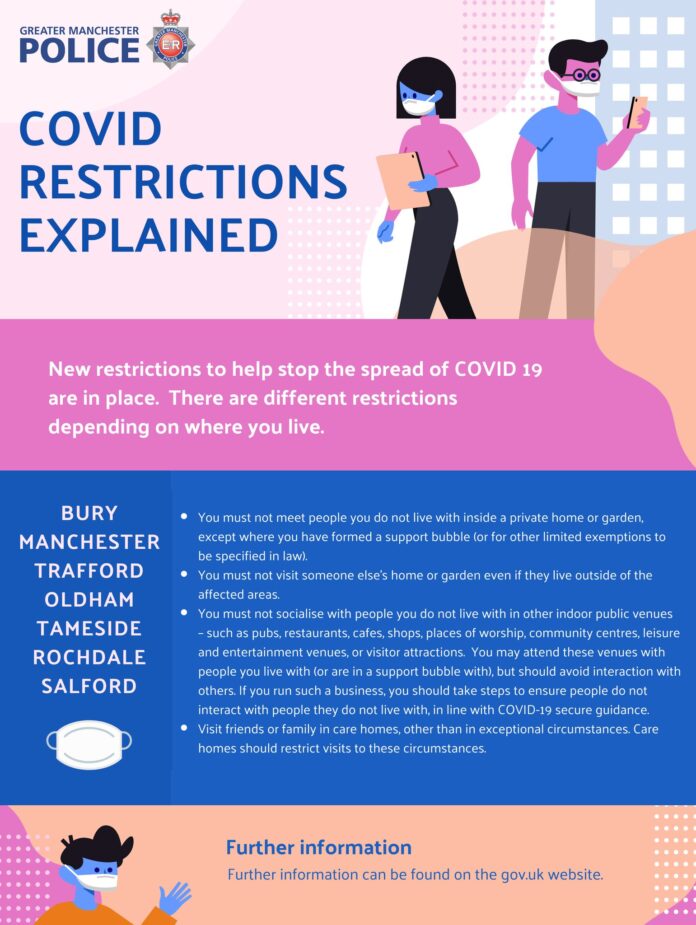 On Pollard Street East in Manchester where 14 people were in attendance from different households.

Each person present was issued with a fixed penalty notice. (FPN)

Three FPNs have been issued at an address in Great Lever, Bolton.

A number of people from different households were at the address before being issued an FPN each and asked to disperse.

An FPN was given to a home owner after police received a report of six people gathering at an address in Bolton.

They were from different households so after explaining the regulations, officers dispersed the group and issued an FPN.

A large group of people were asked to disperse at an event in Platt Bridge Wigan and an An FPN has been issued this evening in Bkackley. When police attended there was loud music and a number of different households mixing at an address.

79 year old Women left lying in the road in critical condition after Oldham...