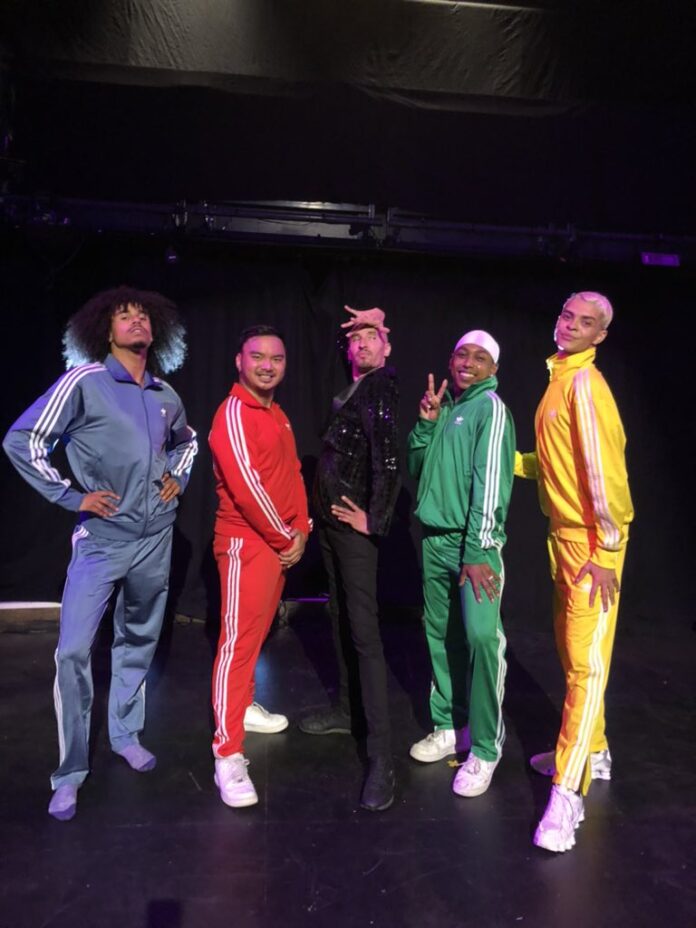 With its glamour, body positivity, and New York City African American and Latinx roots, LGBTQI+ ballroom culture has been magpied many times by the mainstream, including by Malcolm McLaren (Deep in Vogue, 1989), Madonna (Vogue, 1990) and in 2018, the TV series Pose.

But until now, the vogue ball has never been packaged for a family audience.

According to Manchester dual heritage dancer, choreographer, house mother and the creative force behind the Family Vogue Ball, Darren Pritchard, it is the natural conclusion of the artform.

“Why would we not want to share the joy of ballroom with the younger generation?” he says.

“Nothing else comes close to its outright celebration of fashion, music, dance, individuality, aspiration and creativity.

“A family vogue ball is a vital space for gay, trans, non-conforming and questioning young people to see positive, celebratory representations of themselves.

“But it is also an eye opening and magical experience for all families to explore different identities and ways of being outside of the mainstream, through movement, dance and costume.”

The show’s other parent is Z-arts, Manchester’s arts and creative hub for young people. The team hit upon the idea of commissioning Darren to create a touring production for families, with a ballroom theme, after attending one of his adult shows.

Zoe Pickering, head of programming, said “I was blown away by the atmosphere and straight after the production, I asked Darren if he had ever considered making a show for children and families.

“His work has such a playful, party quality. I knew at once that it was totally transferable to this new audience.”

And that’s how the Family Vogue Ball was born.

Darren, who grew up in Hulme and now lives in Fallowfield, is a longtime lynchpin of the northern ball scene. He formed the House of Ghetto in 2013, and runs regular balls for an adult audience, initially at Contact theatre and more recently at Homeground and Gorilla.

He promises the concept has not been watered down for a family audience; the only concession made to the tender age of some of the ball attendees is careful selection of the tracks performers will walk to, avoidings lyrics that are too ‘adult’.

“In order to respect the culture of ballroom, it is important not to over-sanitise it,” says Darren, who trained at the Northern School of Contemporary Dance in Leeds.

“In the early planning stages for this show, we did try to look at creating a story for a younger audience around the vogue ball theme. But as development continued, along with our partners at Z-arts, we realised that the best way to introduce families to the authentic feel of a vogue ball was to host one.

“Within the context of the runway, sex actually becomes desexualised and sexuality is more about being free and true to yourself.”

Four male performers, all people of colour, will walk, dance, pose and lip sync their way down the catwalk, in the hope of eventually lifting the winners’ trophy. They are Reece Daniels, Fortune Pastor and Joshua Adedoyin from the House of Ghetto and Darnell Gledhill from the House of Blaque.

MC is Stuart Bowden and in a slight twist to the familiar format, there will be no judges: at the Family Vogue Ball, the audience decides on the winner.

“That the audience has the final say is a nice touch and it makes the event more interactive,” said Darren, who says that attendees at his adult events frequently dispute the judges’ decision and would relish the opportunity to ‘play god’.

“The Family Vogue Ball is a shot of pure adrenaline in your arm,” says Darren.

“It’s a lot to take in: the music, the costume changes, the moves. Families will leave with their minds blown.”

FIZZ! By Frizzenti Is Now Open At Manchester Arndale