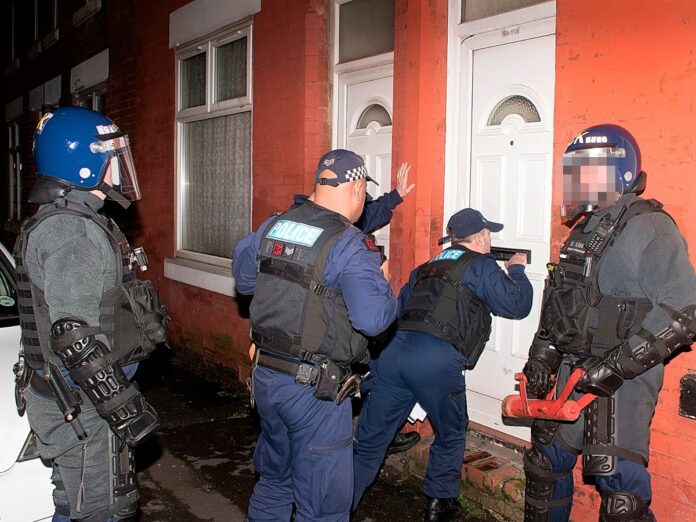 An ambitious new plan for how Greater Manchester will tackle serious and organised gang crime in all its forms has launched to protect people and communities in the city-region.

The Serious and Organised Crime Strategy has been drawn up by Programme Challenger – a multi-agency partnership who have been working together since 2013 to tackle individuals and networks operating in Greater Manchester.

The strategy sets out how the partnership will work together to support people who have been exploited by organised crime groups. It also places a focus on the pursuit of offenders and targeted action to tackle county lines, and how partners will take action to prevent people from becoming victims or perpetrators.

Since the launch of Programme Challenger in 2013, the partnership has gone from strength to strength tackling those criminals who are causing the highest harm across Greater Manchester.

They have executed many successful warrants and arrests involving organised crime groups, making the communities of Greater Manchester a safer place. They have not only seized firearms, drugs and assets and put criminals behind bar, but they have also directed young and vulnerable people away from a life of crime.

Following a series of disputes in Cheetham Hill and North Manchester, research was undertaken by partners into an organised crime group.

Officers identified two addresses where criminal items were thought to have been stored and executed a warrant. An Uzi machine gun, Class A drugs and cash were found at both properties. As a result, five members of the group were arrested and subsequently sentenced to a combined total of over 50 years imprisonment.

Challenger partners also work closely with the Greater Manchester Police Economic Crime Unit (ECU) to develop responses to economic crime. During 2021, over £7m was seized from individuals involved in serious and organised crime in Greater Manchester. They have also arranged firearms surrenders, with just over 580 firearms being handed over to GMP.

“Serious and organised crime can have a devastating impact on our communities. We want to build on the successes of Programme Challenger and take our partnership work further to build resilience within local areas.

“This new strategy will focus even more strongly on tackling the root causes of serious and organised crime, while also ensuring we safeguard people and communities. In order to continue the progress we are making in our fight against these horrific crimes the involvement of the public is also important.

“These types of crimes can only be effectively tackled by working together, and that is why Programme Challenger’s partnership approach is vital to bear down on serious and organised crime and bring the perpetrators to book.”

“The new Serious and Organised Crime Strategy reinforces our commitment to tackling serious and organised crime.

“This is much more than a piece of paper. This is a pledge to the people of Greater Manchester that we will leave no stone unturned in our quest to keep communities safe and remove the harm and misery caused by this crime type.

“The impact of serious and organised crime is far reaching, and it can manifest itself in many ways, but by working closely with our partners we can build on the success Programme Challenger has already had in dismantling crime groups and stopping them in their tracks.

“I hope the launch of this strategy sends out a clear message to communities that their safety is our priority and we will not standby and let organised criminals cause havoc on our streets. We will relentlessly pursue those involved, and would encourage anybody with suspicions to feel confident in reporting them.”

Murder investigation launched after man dies of stab wounds in hospital after attack in...