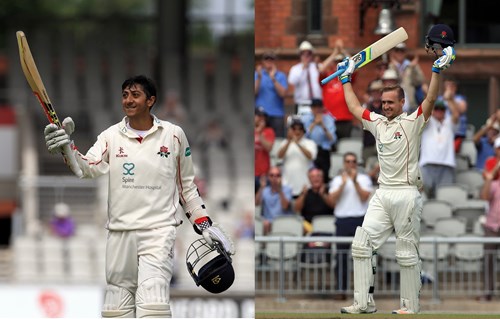 Lancashire’s Director of Cricket Paul Allott has praised the Club’s pathway system after six Red Rose players were named in the England Lions squad for February’s tour of the West Indies.

“I know Keaton’s been signed from Durham over the winter, but we can’t take credit for his development.

“The others are all our own players, and it shows that we must be doing something right in our age-group programmes, our Academy and Pathway to produce the right sort of cricketers to go on and play at the higher level.

“I’m very pleased with that. It’s really nice to have a group of young, home-grown players that are becoming an integral part of our side.

“Haseeb and Liam have both played for England and the others are coming along really well.”

Allott, speaking specifically about bowler Saqib Mahmood, said, “We all really rate him, but we haven’t really managed to get as much out of him as we’d like at Lancashire.

“He had that persistent knee injury and was just about to get a run in the team last year and did his side. A side for a bowler is six weeks.

“He’s had some injury problems that have kept him out when he should have been developing. But that’s the nature of the game. Bowlers get injured.

“I’m a firm believer that he will only learn now by bowling in the first team at Lancashire and at the higher level.

“Saqib has shown his capabilities at various stages, and he’s one of those who I perceive to be one of Lancashire’s leading lights over the next number of years. Injury willing and fitness wise, he will be very good.”

Davies hits 50 for the Lions in a losing cause