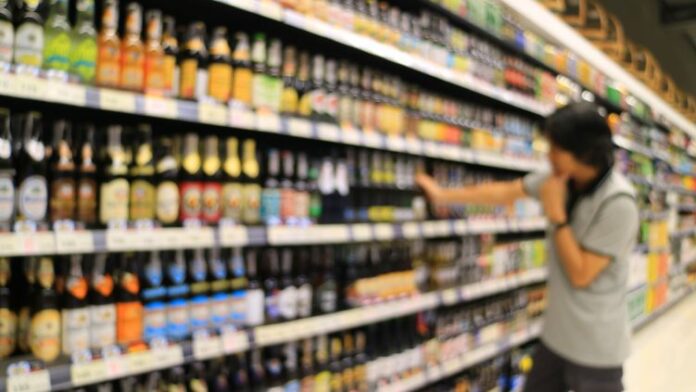 A new report from the University of Sheffield has revealed the impact the early stages of the Covid-19 pandemic has had on alcohol consumption in Scotland and England.

The report shows alcohol consumption fell overall in both Scotland and England during the first stages of the Covid-19 pandemic.

The study, commissioned by Public Health Scotland, shows alcohol consumption fell overall between March and June 2020 compared to the same period in 2019.

The Sheffield Alcohol Research Group assessed changes in people’s drinking behaviour, examining the average number of drinking days people had, different occasions they drank and the number of alcohol units they consumed per week using data from weekly drinking diaries.

The findings show alcohol consumption at home – known as the off-trade – did not fully offset the reduction in drinking in pubs and restaurants, known as the on-trade.

Lead author of the report, Dr Abigail Stevely, Research Associate from the University of Sheffield’s School of Health and Related Research (ScHARR), said: “The Covid-19 pandemic and the lockdown measures introduced have impacted many people’s health and well-being.

“During the first UK lockdown, on-trade venues such as pubs and restaurants were closed, affecting opportunities to purchase alcohol across the UK.

“Our new research finds that alcohol consumption fell overall, in both Scotland and England, as increased drinking in the off-trade did not fully compensate for the reduction in on-trade drinking.”

She added: “Despite some concerns that people might drink more in the day-time, we actually found that there was a shift towards people starting drinking later in the evening. This perhaps reflects changes in people’s routines and the absence of opportunities for daytime socialising such as going to the pub with colleagues after work.

“Although we find people drank less overall, there is evidence from other studies that heavier drinkers may have increased their consumption during lockdown. It will be therefore important to continue monitoring drinking during the pandemic to prevent additional health problems in future.”

“These findings add to our understanding of how different groups changed their drinking during the early stages of the Covid-19 pandemic. Although we found a decrease in alcohol consumption across the population overall, there was an increase in drinking alone amongst some population sub-groups such as single adult households, households with three or more adults and students.”