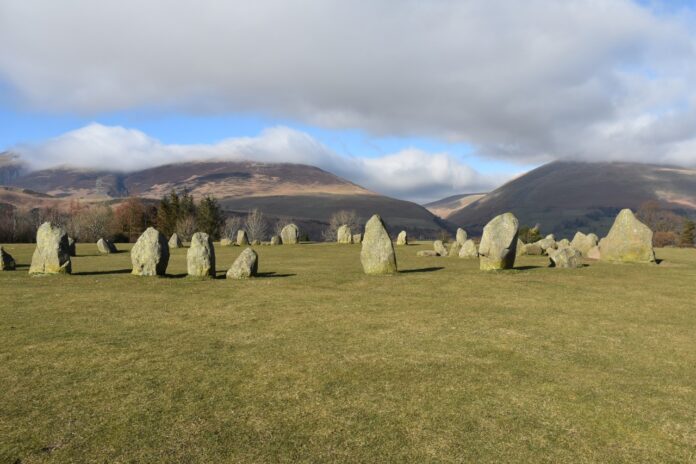 Cutting-edge radiocarbon dating will pinpoint the times of ancient sites from the Neolithic and Bronze Age and bring more clarity to 2,000 years of British history.

An archaeology project led by Manchester Metropolitan University will use the latest radiocarbon dating techniques and complex mathematical modelling to produce a new timeline for 3500-1500 BC in Britain and Ireland, the first detailed history of this period.

The ‘time of the stone circles’ saw spectacular new types of pottery, the first use of metals, the production of enigmatic artefacts including carved stone mace heads and balls, and the construction and use of some of Europe’s most iconic sites, such as Stonehenge and Skara Brae on Orkney.

But until now, limits in archaeological evidence have prevented historians from understanding precisely when such sites were built, artefacts created or resources transported around the world.

Radiocarbon dating is a scientific technique to determine the age of objects from the ancient past by measurement of the radioactivity of their carbon content.

By analysing samples from important sites, including monuments in the Stonehenge landscape in Britain and around the passage tomb of Newgrange in Ireland, archaeologists will be able to develop a detailed sequence of events, down to generations – 25 years – or even decades. This could challenge our understandings about how people lived then, the artefacts they used, how society was organised, the ceremonial moments they created and how Britain and Ireland changed over this 2,000-year period.

An international team of academics, museum staff, government and professional archaeologists and administrators will work on the three-year ‘Third and fourth millennia Ireland and Britain: a history of Major social change Explored’ (TIME) project, funded by the Arts and Humanities Research Council (AHRC).

Dr Seren Griffiths, Senior Lecturer in Public Archaeology at Manchester Metropolitan University, an AHRC New Generation Thinker for 2020 and lead researcher on TIME, said: “This period is one of the most famous archaeological sites in the world. Far from being a murky ‘prehistoric’ past where change is difficult to identify, this project will reveal for the first time, a punctuated period of change.

“This is a world of vibrant practices, people, things and places, and our research will provide the first detailed histories of these awe-inspiringly strange sites and times. It’s hugely exciting to be working with international, eminent team of archaeologists.”

Project TIME researchers will be using innovative sampling and measurement methods to produce hundreds of new radiocarbon measurements. These include samples from stone circles, timber circles, occupation sites and other locations which have not yet been dated with precision.

The new measurements obtained during this project will be combined with all existing radiocarbon measurements for this period held in museums and archives, which the team estimates to be several thousand, and modelled using Bayesian statistical methods, to produce precise new chronologies across Britain and Ireland.

These will be analysed to examine whether key site types, such as enclosures, timber circles and stone circles, and artefact types, such as Grooved Ware and Beaker pottery, appear and spread in sequential or spatial patterns, and whether there is any unexpected synchrony in different materials, site types and practices.

Researchers hope this will challenge the distinct categorisation of the broad ‘late neolithic’ or ‘early Bronze Age’ periods, radically altering our understanding of how humans lived during this time.

Professor Thomas said: “Bayesian statistical modelling, with its capacity to develop much more fine-grained radiometric chronologies, has enabled the construction of much more sophisticated narratives for several periods of prehistory. Our project will apply this approach to the period of Stonehenge, Avebury, Calanais and the Ness of Brodgar, generating a vibrant past of doings and happenings, rather than vague processes in a temporal fog.”

Dr Carlin, from the UCD School of Archaeology, said: “The scientific team will use novel dating techniques to reach better insights into the different and dynamic ways people lived across the islands of Ireland and Britain in the deep past. Ultimately, the research will provide finer time-scales that allow us to come much closer to the human experience of change compared to the static centuries-long time-blocks that are usually imposed.”

All of the project archive will be made open access, including all measurements, code from Bayesian statistical modelling, database of archaeological evidence, and publications. The project will also produce outreach materials including education resources, a blog, and a podcast.

Teens who use cannabis frequently more likely to have premature baby, study suggests

Greater Manchester to get control of its railways