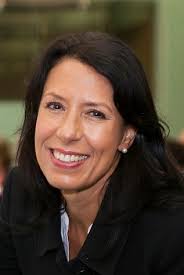 The House of Commons will debate Universal Credit tagain after Oldham and Saddleworth MP Debbie Abrahams complained to the speaker about the Government’s failure to respond to last week’s 299-0 vote to pause the rollout.

Abrahams has led last Wednesday’s opppsition day debate Tory Party Whips instructed their MP’s to abstain in the vote which was said to be non binding decision by Parliament.

However the speaker John Bercow having  previously urged ministers to “respect” the House and set out their thinking on the issue has now granted Labour a three hour debate this afternoon in the issue of pausing the roll out of the scheme.

The government had maintained that the next phase in the expansion of universal credit, which rolls six benefits into one, will not be paused despite concerns many recipients are waiting more than six weeks to get paid.

The decision to ignore Parliament had been criticised by senior Tory MP Sir Edward Leigh who said:

“The road to tyranny is paved with executives ignoring Parliaments.”