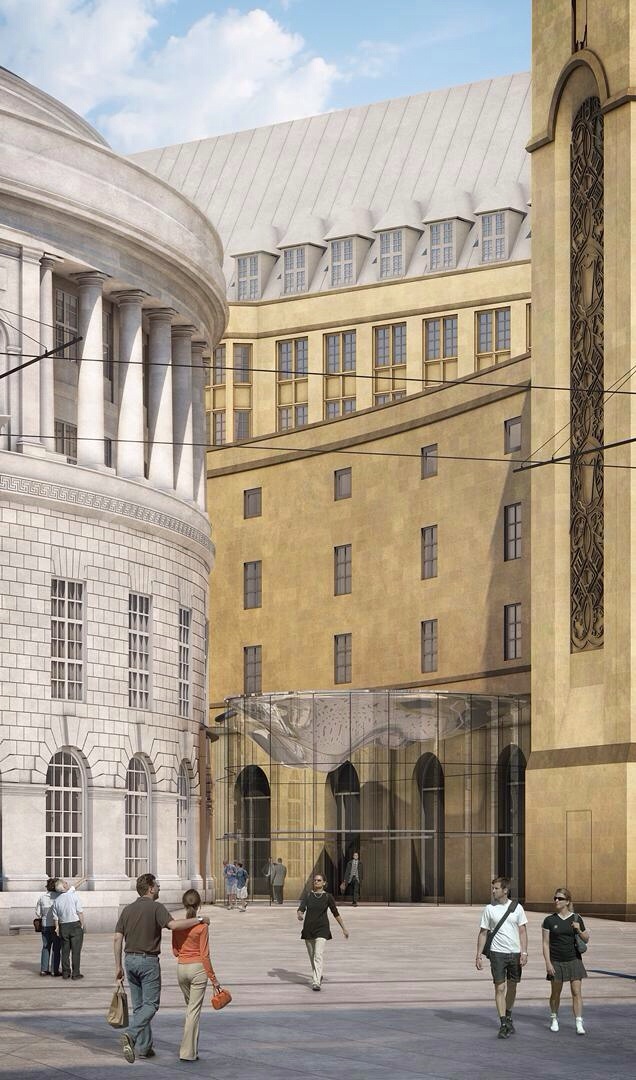 Here at About Manchester, we are delighted by the news that we received last week that there is to be a public inquiry into The Stopping Up Order that concerns Library Walk.

The story behind this campaign goes back to 2012 when planning permission was obtained to transform the iconic walk, pictured and painted on numerous occasions but which had become a victim of the redevelopment at the Library and across St Peter’s Square.

In the one corner Manchester City Council who applied for the order to remove the public right of way from the curved city centre walkway connecting the Central Library and the Town Hall with plans to instal a £3.5m Ian Simpson designed glazed link part way along the passageway, and close it off late at night over concerns for public safety.

In the other corner, the Friends of Library Walk who want to save what they consider to be a special place from the council’s proposals to gate and glaze it and feel the scheme unnecessary and a waste of money and oppose the privatisation of public space.

The inquiry which will take place on the 21st and 22nd October at the Town Hall will examine the legality of removing Library Walk’s status as a public right of way. The council actually broke the rules by not issuing a temporary stopping off order, whilst the work was being completed.

It will be interesting to see the outcome of this.It is unlikely that the council will be forced to abandon their plans but people see it as a test of whether public opinion actually still matters in the New Labour Republic which inhabits Albert Square.