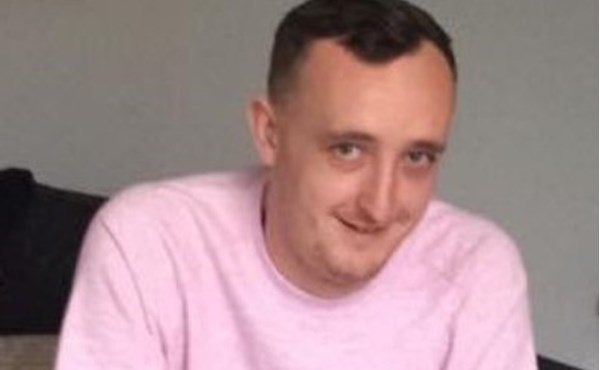 The family of a man who died in a crash in Whitefield last week say they will ‘miss him more than words can say’.

Aaron Jarvis. 31, was a back-seat passenger in a silver BMW 320D that crossed the central reservation onto the opposing carriageway before colliding with a black Renault Megane.

He was taken to hospital but sadly died later that day.

Aaron worked at Tribeca in Manchester city centre but was originally from Stoke-on-Trent and had family in the Burslem and Smallthorne areas.

His family has issued the following statement: “Our son Aaron was sadly taken away from us in the early hours of Thursday 4th November.

“He leaves behind loving parents, brothers and sisters, nieces and nephews, and hundreds of friends to whom we are greatly indebted to for looking after him in the Manchester area.

“Aaron was a fun-loving free-spirited party-loving lad that just loved everyone and everyone loved him – the tributes that have been sent from his friends are heartfelt and appreciated by his whole family.

“He will be missed by everyone who had the privilege of knowing him.

“We miss him more than words can say and love him with all of our hearts. But this is only goodnight and not goodbye, love you Son.”

An investigation into the crash is still ongoing.

Two other male passengers in the BMW were taken to hospital. One man, aged 48, remains there in a critical condition and the other, aged 30, was treated for minor injuries and has been released.

The driver and front-seat passenger – both believed to be male – left the scene and officers are keen to speak to the driver of the BMW.

A 28-year-old woman arrested on suspicion of perverting the cause of justice has been released under investigation.

Police Sergeant Andrew Page of GMP’s Serious Collision Investigation Unit, said: “This was a serious collision in which a man has very sadly lost his life.

“Our enquiries are currently ongoing to ensure we establish the full circumstances and we’re appealing to anyone who may have been in the area at the time, particularly those with dash-cam footage, to come forward and speak to police.”

North West could be rocked by redundancies in retail and manufacturing industries as furlough...