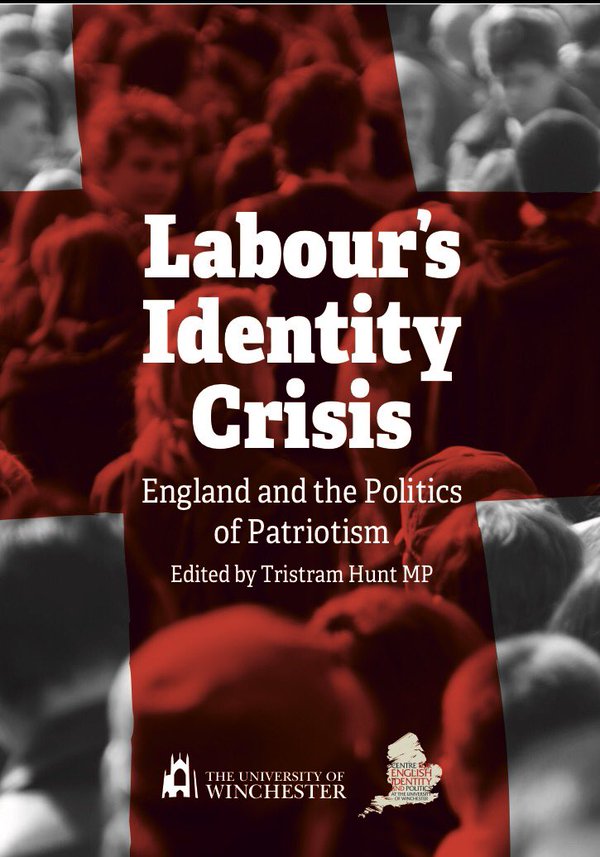 A new book out today by former Insider Editor and Labour Parliamentary candidate Michael Taylor  sets out the role English patriotism played on the doorsteps of Stockport and Hazel Grove during last year’s general election, saying that Labour’s failure to understand English identity cost the party dear and may yet play a role in the 2017 Mayoral election.

The book, edited by former Labour frontbencher Tristram Hunt MP and published by the University of Winchester, features a collection of hard-hitting chapters by MPs and former Parliamentary candidates on Labour’s ‘identity crisis’ in England.

“If Scotland has taught us anything it is that the firm link between identity politics, aspiration and better governance has proved truly inspirational. Similarly in Catalonia.

“There are pockets of surging civic flag waving but they are not a foundation upon which anyone is suggesting we can build a viable political project. But it could be. In this age of political easy answers it is not beyond the realms of the imagination that a popular, successful Mancunian, with no particular political ties, could emerge as a catalysing and insurgent force. What if Gary Neville thought he’d like a go? A Manchester Movement, led by a successful sports personality, a super-bright business achiever too, a well-connected property developer and savvy media performer. The more you game it, the more urgent it becomes for Labour to seize the opportunity to do a Greater Manchester version of our values in a bold, inclusive and distinctive way.”

The chapters cover constituencies in the North, South, East and West of England, and contributors include current and former Labour frontbenchers Jamie Reed, Ben Bradshaw and Lisa Nandy.

Writing in the Introduction to the book, Tristram Hunt MP says:

“If Labour is in any way serious about taking on anti-politics and reclaiming the cultural affinity of the working class then such unnecessary metropolitan squeamishness is simply unacceptable – nurturing a civic English patriotism is now absolutely essential. This, in a nutshell, was the genius of Orwell’s English socialism – to combine mission and motivation; the poetry of radicalism with the purpose of patriotism.”

2023 Capital of culture for Manchester