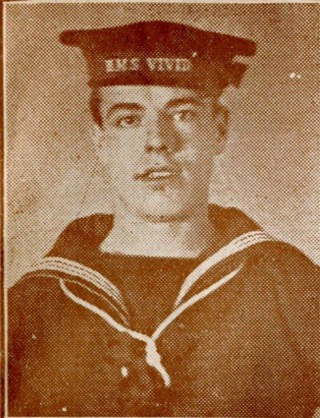 On May 31, 1916 the Battle of Jutland took place in the North Sea, off Denmark – and 20 Oldhamers sadly lost their lives.

Among them was Ordinary Seaman, Fred Read, of 199 London Road, Oldham. He was just 17 and on HMS Indefatigable.

Another seaman, who died was Acting Leading Stoker Stephen Edward Ackroyd, of 181 Glodwick Road, Oldham. He was on HMS Defence and had only married three weeks before when home on a short leave.

Among those who survived the battle was one of Oldham’s most famous sons – Henry Taylor.

Henry was born on Maple Street in Hollinwood on 17 March 1885 and learnt to swim in Hollinwood Canal before going to Oldham Baths, where at the age of seven, he tasted his first victory, beating some older boys in a two length race.

He was the star of the Chadderton Swimming Club and went to take triple gold at the 1908 London Olympics. In 2008 Cyclist Chris Hoy became the first Briton in a century to complete such a feat.

The First World War saw the 1916 Olympics, due to be held in Germany, cancelled and Henry signed up for the navy.

He was part of the crew of HMS St Vincent.

When the battle had ended in total the British had lost 14 ships and more than 6,000 lives. Nine Germans ships were sunk and they suffered more than 2,500 causalities.

Councillor Cath Ball, Assistant Cabinet Member for World War I Centenary, said: “Although the Battle of Jutland was the only major naval battle of the war it is seen as a major turning point in the conflict

“Many Oldham residents bravely played their part and sadly some of them never came home.

“That’s why it is important that we remember those who served their country.”

To mark 100 years since the battle a service of remembrance will be held at Oldham War Memorial on Tuesday, May 31 at 11am. Residents are invited to attend and show their respects.

He was 25 years of age, married and had been in the navy seven years, prior to which he was a window cleaner.

He was 23 years of age and before joining the navy was employed at the Stockfield Pit. His first ship was HMS London, and before the outbreak of war he was transferred to the Tiger and was on that boat in the Dogger Bank engagement when the Blucher was sunk.

He was 20 years of age and had joined the navy as a youth. The last time his parents saw him was at Liverpool in 1914. He had come through two naval engagements without injury, and had served on the Iron Duke.

He joined the navy soon after the outbreak of war, and previously worked as a piecer at the Oldham and Lees Spinning Company’s Mill. He was 18½ years of age.

He was 18 years of age and enlisted in 1915. Before joining he was a piecer at the Cairo Mill.

He was 17 years of age. Before the war he worked at the Moss Spinning Co, and enlisted in May 1915.

He was 24 years of age. He joined the navy in 1911 and formerly in the employ of J P Hall, electrical engineer, Werneth.

Enlisted when 17 years of age, and was 19 on the Friday before the battle. Before joining the navy he was a piecer at the Ivy Mill, Failsworth.

He was about 17 years of age, and had joined the navy around the outbreak of war in 1914

He was a single man of 24 and before joining the navy in 1913 was a piecer at Castle Mill, Hathershaw.

He was 22 years of age and before enlisting worked in the ring room at the Lamb Mill. He was a single man and had been in the navy since 1 April 1916

He was only married three weeks before his death when home on a short leave. He joined the navy in 1910, before which he worked as a piecer at the Acorn Mill, Lees.

He was 18 years of age and had been in the navy fifteen months. Before enlisting he was a piecer at the Ivy Mill. His father was serving with the Royal Engineers in France.

He was 43 years of age and left a wife and nine children. He joined the navy in 1915. The week before his death his wife received a letter in which he expressed the hope that the next time they had to put in to refit the war would be over

He was 28 years of age and was married eight months before his death. He had been in navy nine years, and was a reservist when the war broke out, working as a fireman at the Platt’s New Works.

He was 25 years of age, the eldest son of Mr and Mrs Pilley of Hillside Avenue, Clarksfield a native of Salford and married Miss Tallboys a well-known lady of Hey who is present at Portsmouth. He had been in the navy for eight years and during the present war had been in the Falkland Islands battle under Admiral Sturdoe and also in the Heligoland Bight encounter.

He enlisted in the Royal Marines in 1915. He was 19 years of age and before enlisting was a piecer at Magnet Mill. He was killed by an explosion on 31st May at 5pm, whilst he was supplying the ammunition to his gun. He was buried at the sea the same evening at about 8.30pm.