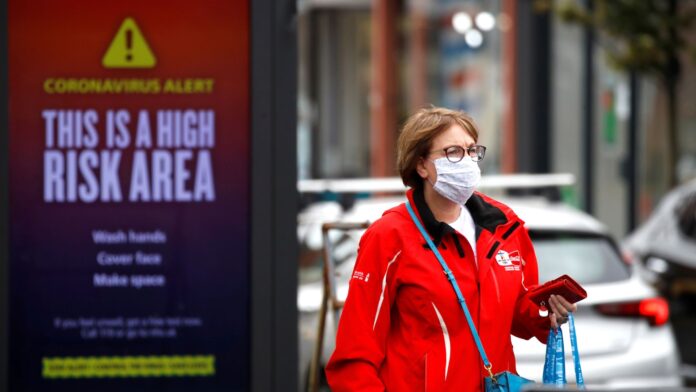 Thousands of deaths in the social care system could have been avoided, delays to first lockdown were a “serious error” and the U.K. performed badly compared to much of the world in the first few months of the Covid pandemic

The 150 page report found that the delays in establishing an adequate test, trace and isolate system hampered efforts to understand and contain the outbreak and it failed in its stated purpose to avoid lockdowns.

MP’s say that in 2020 the UK did significantly worse in terms of covid deaths than many countries—especially compared to those in East Asia even though they were much closer geographically to where the virus first appeared.

The scale of this early loss requires us to ask why the UK was affected worse than others.

The initial decision to delay a comprehensive lockdown—despite practice elsewhere in the world—reflected a fatalism about the spread of covid that should have been robustly challenged at the time and that Social care was not given sufficient priority in the early stages of the pandemic;

However MP’s praised the vaccine programme saying that forward-planning, agility and decisive organisation of the vaccine development and deployment effort will save millions of lives globally and should be a guide to future Government practice

The UK’s pandemic planning was too narrowly and inflexibly based on a flu model which failed to learn the lessons from SARS, MERS and Ebola.

The result of this, says the reporr, was that whilst our pandemic planning had been globally acclaimed,it performed less well than other countries when it was needed most.

In the first three months the strategy reflected official scientific advice to the Government which was accepted and implemented. When the Government moved from the ‘contain’ stage to the ‘delay’ stage, that approach involved trying to manage the spread of covid through the population rather than to stop it spreading altogether.

This amounted in practice to accepting that herd immunity by infection was the inevitable outcome, given that the United Kingdom had no firm prospect of a vaccine, limited testing capacity and there was a widespread view that the public would not accept a lockdown for a significant period.

The UK, along with many other countries in Europe and North America made a serious early error in adopting this fatalistic approach and not considering a more emphatic and rigorous approach to stopping the spread of the virus as adopted by many East and South East Asian countries. The fact that the UK approach reflected a consensus between official scientific advisers and the Government indicates a degree of groupthink that was present at the time which meant we were not as open to approaches being taken elsewhere as we should have been.

Whether because of inadequate capacity or deliberate policy, it was also a serious mistake to get to the point where community testing was stopped early in the pandemic.

A country with a world-class expertise in data analysis should not have faced the biggest health crisis in a hundred years with virtually no data to analyse.

This problem was compounded by a failure of national public bodies involved in the response to share such data as was available with each other, including between national and local government.

Some of the worst criticism is pointed at social care.

The Government and the NHS both failed adequately to recognise the significant risks to the social care sector at the beginning of the pandemic.

Until the social care working group was established in May 2020, SAGE either did not have sufficient representation from social care or did not give enough weight to the impact on the social care sector. Without such input and broader expertise, Ministers lacked important advice when making crucial decisions.

This, coupled with staff shortages, a lack of sufficient testing and PPE, and the design of care settings to enable communal living hampered isolation and infection control, meant that some care providers were unable to respond to risks as effectively as they should. This had devastating and preventable repercussions for people receiving care and their families and put staff providing social care at risk.

The lack of priority attached to social care during the initial phase of the pandemic was illustrative of a longstanding failure to afford social care the same attention as the NHS.

The rapid discharge of people from hospitals into care homes without adequate testing or rigorous isolation was indicative of the disparity.

It is understandable that the Government should move quickly to avoid hospitals being overwhelmed but it was a mistake to allow patients to be transferred to care homes without the rigour shown in places like Germany and Hong Kong. This, combined with untested staff bringing infection into homes from the community, led to many thousands of deaths which could have been avoided

“The UK response has combined some big achievements with some big mistakes. It is vital to learn from both to ensure that we perform as best as we possibly can during the remainder of the pandemic and in the future.

Our vaccine programme was boldly planned and effectively executed. Our test and trace programme took too long to become effective. The Government took seriously scientific advice but there should have been more challenge from all to the early UK consensus that delayed a more comprehensive lockdown when countries like South Korea showed a different approach was possible.

In responding to an emergency, when much is unknown, it is impossible to get everything right. We record our gratitude to all those—NHS and care workers, scientists, officials in national and local government, workers in our public services and in private businesses and millions of volunteers—who responded to the challenge with dedication, compassion and hard work to help the whole nation at one of our darkest times.”

Johnson-We can turn the tide of Coronavirus in 12 weeks

Capturing the curious world of future cities in pictures