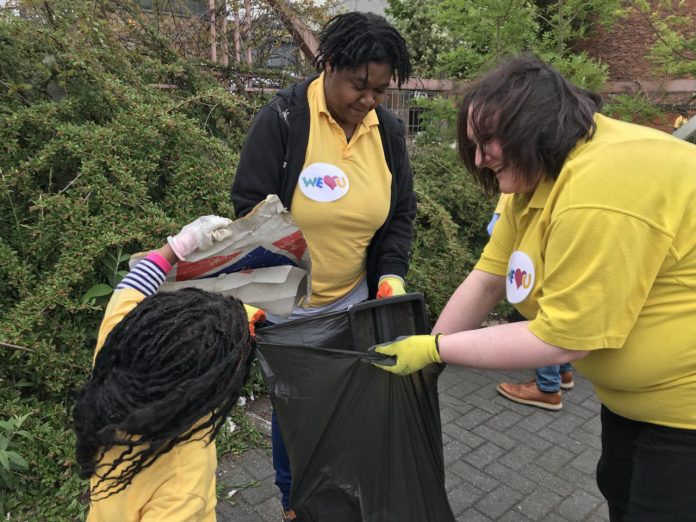 In 2015, the ‘United Nations’ (UN) and the rest of the world established the biggest set of common goals in the international community, called the “Sustainable Development Goals” (SDGs).

This is a practical agreement which indicates that the global problem we face must be shared by the world. However, before the birth of this international agreement, there was a group that had already recognized the importance of the global environment and did not just sit back but has been continuously carrying out a worldwide environmental aid mission through non-stop clean-up campaigns until this present day. It is ‘The Intl. WeLoveU Foundation’ (Chairwoman: Zahng Gil-jah, WeLoveU).

Since 2008, continuously year after year, ‘WeLoveU’ has been conducting the “Clean World” campaign to purify the cities, parks, mountains, seas and rivers around the world. Last year alone, this foundation carried out approximately 190 clean-up activities with 16,000 members in 174 cities within 50 countries.

We all live in a time in which the current climate is prevalent with natural disasters due to the destruction of our environment. Abnormal heat waves, sudden cold waves, heavy rains and floods, droughts and further destruction has become commonplace.

Therefore it is not too much to say that the ‘WeLoveU’ foundation’s “Clean World” mission has been and remains vitally important to the international community and is tremendously relevant to the current problems facing the world’s environment. This year too, without exception, ‘WeLoveU’ is holding a “Clean World” international movement.

Joyfully taking part are the volunteers from ‘WeLoveU’ in Manchester. One of their recent campaigns was a clean-up held in Old Trafford last Sunday as a part of the worldwide goal from this highly dedicated, motivated and altruistic foundation.

The clean-up event held last Sunday was attended by 40 ‘WeLoveU’ members who cleaned a total of 5 kilometres from Wright Street to Chester Road, inspiring and working in harmony with the local residents. It is an area which is largely unseen to most of the community, so people often abandon their rubbish there and it had built up significantly.

They collected many plastic bottles, cans, food waste and wrappers. They even cleared away large objects such as an unwanted baby’s car seat; they collected all the various rubbish carefully with willing hearts. The rubbish collected through the “Clean World” movement on that day was approximately 80 kg.

Lee (55, ‘WeLoveU’ member) said, “I joined this voluntary work with the hope of improving the local environment.” She also said, “I am proud to clean the streets that I often walk through by myself. Even though it is something I am doing for the environment, I can realise and feel that this is actually for my own benefit and the benefit of my family, friends and acquaintances that often walk through this street. Every year I participate in the ‘Clean World’ movement, but as the years go by, the importance of environmental clean-ups increase, and my feeling of the value of this volunteer work seems to grow as well. I really hope more local residents feel inspired to realise the importance and take part together.”

Another member, Zita (46), said, “I am always interested in volunteer work. I hope that more people around the world will be able to have the opportunity to take care of the environment through the ‘Clean World’ movement.”