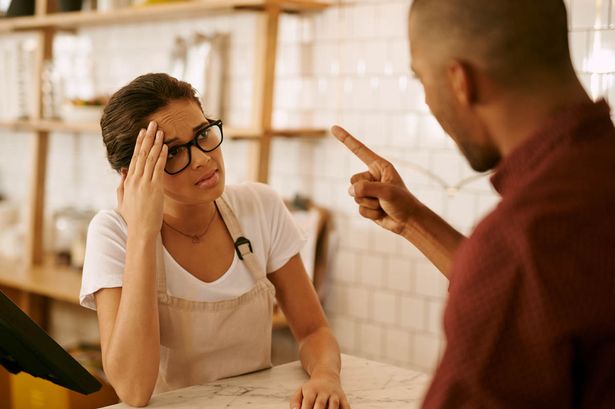 Shopworker’s trade union Usdaw has today released shocking statistics from their annual survey which shows that on average North West shopworkers were verbally abused, threatened or assaulted 24 times last year, which is nearly once a fortnight.

While not all shopworkers suffer to this extent, some experience much higher levels of abuse, threats and violence. Usdaw’s Freedom From Fear Survey shows that during 2018 65% of North West shopworkers experienced verbal abuse (which is above the national average), 39% were threatened by a customer, with 32 assaulted every day.

Paddy Lillis – Usdaw General Secretary says: “Violence, threats and abuse against workers are amongst the great scourges of our society. The statistics are shocking and show that urgent action is required. On average a North West shopworker can end up on the wrong side of a verbal abuse nearly once a fortnight. Our message is clear, abuse is not a part of the job.

“Life on the frontline of retail can be pretty tough for many shopworkers and there is still a lot to do to help protect them. We launched our Freedom From Fear Campaign in the face of growing concerns amongst retail staff about violence, threats and abuse. The campaign works with employers to promote respect and make shops safer for staff and customers alike.

“So there needs to be action to help protect staff. We want the Government to provide stiffer penalties for those who assault workers; a simple stand-alone offence that is widely recognised and understood by the public, police, CPS, the judiciary and most importantly criminals.

Jeff Smith MP for  Manchester Withington says: “All workers have the right to be safe at work, to be free from fear while working, and to be treated with respect. So it’s really worrying to hear of the level of abuse that shop workers in the North West continue to face.

“I’m thankful for the fantastic work Usdaw has done to highlight the risks to retail staff, and to push the Government to introduce greater protections. It’s vital that the concerns raised by representative organisations and individuals are now taken seriously and acted on. I’d encourage any shop workers to share their views and experiences by submitting evidence to the Government or taking Usdaw’s survey.”

The Government has opened a ‘call for evidence’ on this growing issue, following pressure from Usdaw, employers like the Co-op and retailers’ representative organisations like the Association of Convenience Stores, British Retail Consortium and National Federation of Retail Newsagents.

The Government is seeking the views of organisations and individuals who wish to contribute to their understanding of the problem of violence and abuse toward shop staff in England and Wales. This consultation closes at 11pm on 28 June 2019 and submissions can be made online at: www.homeofficesurveys.homeoffice.gov.uk/s/PVAUE/

Usdaw is running their own survey, which will feed into the Home Office ‘call for evidence’ and can be completed at: www.usdaw.org.uk/respectsurvey

A Happy ending for Bailey and Donna from Eccles