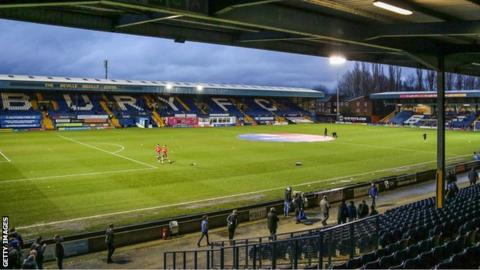 “I have today have seen the biggest injustice I have ever seen from this alleged body there to help clubs “the EFL.”

The words of Bury chairman Steve Dale as the Football announced that the club’s second game of the season against Accrington Stanley has once again been postponed.

The club had already had today’s  opening fixture against MK Dons called off after failing to show the league evidence of financial viability.

”The EFL says the club could still not demonstrate they could settle all football debts or pay off creditors.” said Dale

“Again after submitting all that was asked from the EFL from our Lawyer, we got a call late tonight saying they are postponing our fixture with Accrington Stanley.

Grounds given to our Lawyer from Nick Craig “we want to substantiate some figures that may or may not be correct” we requested what these were as we could answer them there and then, the reply “we will get them to you as soon as we can but we are all at matches this weekend” and so would Bury fans if the EFL played with a straight bat.”