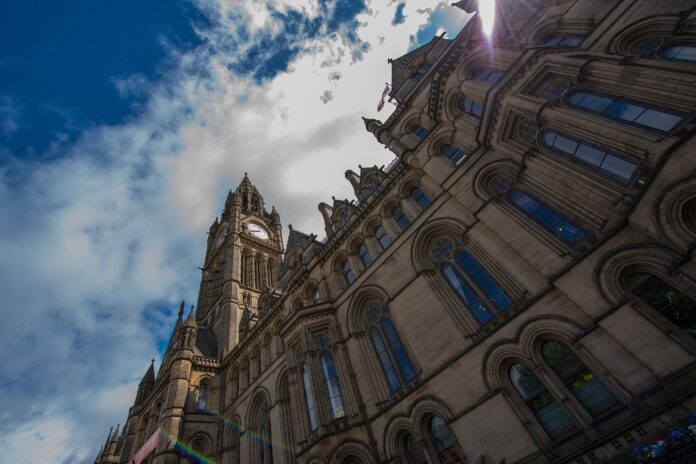 Manchester is a major city in the northwest of England with a rich and convoluted history. Its origins in 79 AD make for fascinating stories of how it came to be the powerhouse of industry and progress that it is today.

Agricola, a talented Roman general, built a wooden fort in an area situated to the north of the modern-day Manchester city. The Roman army left the country in around 407 AD, leaving the fort to ruin, but Manchester was prime real estate for the British.

Historians have traced the first substantial evidence of human inhabitation in Manchester to Britain’s Roman occupation between 43 AD and 410 AD. Roman General Julius Agricola’s fort came about around 70 AD because the Manchester was a naturally defensible location at the intersection of rivers Irwell and Medlock.

The city supposedly derived its name from this first century-settlement—the fort known as Mamucium. It served as the Romans’ first line of defence against the nomadic Celts tribes north of the border, but the territory changed hands several times over the centuries.

You can visit the remains of the 200 AD stone reconstruction of the Roman fort at the Castlefield Urban Heritage Park.

England’s population explosion led to the simultaneous growth in commerce and trade. In the 13th century, Manchester rapidly developed into a prosperous town. The wool industry was largely responsible for promoting the town’s success and popularity at the time.

In 1603, Manchester experienced a devastating plague that decimated about 25% of the local population. However, it recovered steadily in the years that followed, becoming a leading silk producer in the region by 1637.

The city’s tenacious development created a hub of industrial activity by the 18th century. The Duke of Bridgewater started to bring in cheap coal to Manchester in 1761. Prosperity followed with cotton production and a subsequent mushrooming in textile factories, which changed the city’s trajectory.

Manchester played an integral role in the UK’s industrial revolution. Its 20th century was characterized by diversification of industries, like biscuit making, flour milling, and more. A range of service industries followed, including finance and tourism.

Today, it still flourishes. The highest growth is in industries like education, gaming platforms (like SA Gaming), biotechnology, chemical interests, and aerospace. However, there are myriad new ventures keeping Manchester at the forefront of British development, and it’s a great place to collaborate on innovation and technological advances.

Manchester in The 21st Century

In the 21st-century United Kingdom, Manchester is a centre for cultural, creative, and digital innovations the world over. For example, it is home to MediaCityUK, Europe’s second-largest media and digital hub. If you want a home and workplace that encourages a growing skills base, talent, and global connectivity, Manchester is an excellent choice.

As a tourist destination, Manchester is easily one of the most exciting cities to visit in England. There’s something for everyone, including historical splendour and plenty of entertainment. Some of the popular attractions include Castlefield, Imperial War Museum North, National Football Museum, and Manchester Cathedral.

Not all roads lead to Rome, but Manchester is a premier destination no matter the reason for your journey.