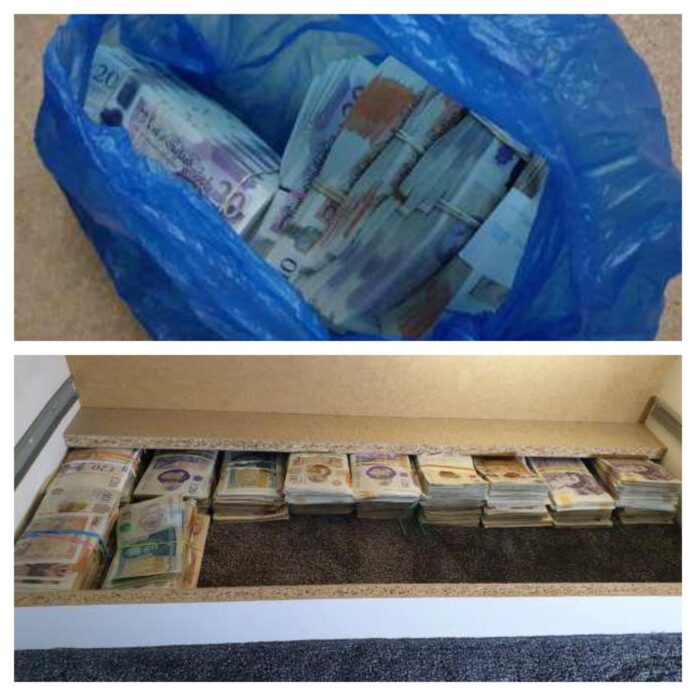 This morning’s action followed intelligence built by NWROCU over the past couple of months into organised criminal activity.

A 53-year-old woman was also arrested on suspicion of possession of a class A drug. She was later released under investigation.

Approximately £75,000 in cash, an Audi, phones, designer watches and designer clothing believed to be worth close to £10,000 were also seized.

Detective Sergeant Paul Quinn, of GMP’s Bolton Challenger Team said: “Today’s action and subsequent arrests and seizures are a significant result for both GMP and NWROCU and clearly demonstrates the impact and effectiveness of partnership working between the two teams.

“Although one man remains in custody for questioning our investigation will remain ongoing as we analyse the items seized and continue with our enquiries over the coming days and weeks.

“I would urge anyone who may have information in relation to organised criminal activity to get in touch with police. Our investigations can often be aided by intelligence provided by the public so if you do have information that could assist us please make contact.”

Man jailed for series of burglaries in Manchester and Salford where over £100k worth...

Police searching for Black BMW in connection with Clayton shooting