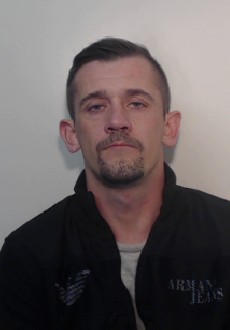 A Fallowfield man has been jailed for 20 months for four counts of sexual activity with a female under 16.

Christopher Gatley aged 45 of Gorton Road, has He previously pleaded guilty to four counts of sexual activity with a female under 16.

He will also have to sign the sex offenders register for 10 years and be subject to a sexual harm prevention order for 6 years, not allowing him to have unsupervised access to any female under the age of 16.

Further to this, Gatley received a restraining order against the victim and any family member for 10 years.

In the summer of 2016, at a property in Manchester, Gately engaged in sexual activity with the girl – who was under the age of 16 – on four separate occasions.

He then threatened the victim in an attempt to keep her quiet.

Sometime after the incidents took place the girl disclosed what had happened to her mother and a teacher. They both reported this to police and a full investigation was launched. Gatley was subsequently arrested.

During police interviews Gatley continually denied all of the offences before finally pleading guilty in October 2018.

Detective Constable Mark Ledger, of GMP’s City of Manchester borough, said: “This was a particularly distressing case, which not only greatly affected the victim – but also her family and those around her.

“Gatley continued to harass and isolate the victim in order to protect his own interests. Despite being terrified, the victim plucked up the courage to tell someone what was going on and stop his abuse.

“The girl has had what should have been the best years of her life stripped from her by a coward with no regard for anyone but himself.

“I hope this case demonstrates how seriously we take reports of this nature and I’d encourage anyone who may be in a similar situation to tell someone they trust so that they can get the support they need.

“As Gatley persistently denied what he had done, he dragged out the process and made the victim and her family continually relive the traumatic experience. It is testament to the victim’s bravery that they saw this through to the end and so today a dangerous and manipulative man is off the streets.”