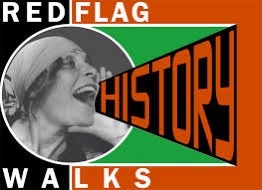 Local historian and author Michael Herbert will be doing a number of walks in March as part of the Wonder Women Festival and also the Manchester Histories Festival.

This walk will look at the role of women in Manchester’s radical movements including the Owenite feminists, Socialist women, Mary and Lizzy Burns, women writers on the Manchester Guardian, Mrs Gaskell, the Manchester Society of Women Artists and women councillors. (part of Wonder WomenM

This walk will tell the story of the campaign for “Votes for Women” in which Manchester played a major role. We will encounter the leading figures of the suffragist and suffragette movement including Lydia Becker, Esther Roper, Eva Gore-Booth, Annie Kenney, Hannah Mitchell and the Pankhurst family.(part of Wonder Women)

Saturday 22 March, 11am
“there is no such city as Manchester”…Manchester in Fiction £6/5.
meet at Friends Meeting House, Mount Street

This walk will include the Flat Iron Market, the General Strike of 1842, vegetarian Christians, Salford’s first birth control clinic, Chartists, early Socialists, and the disturbances in Bexley Square in 1931. (part of Manchester histories Festival)

This walk will explore a number of episodes in Ashton-under-Lyne’s radical past, including the political career of socialist and suffragette Hannah Mitchell, the Chartist Rising of 1848, the Bread Riot of 1863, the Anti-Irish Riot of 1868 and the formation of the Co-operative movement.(part of Manchester Histories Festival)

Bigger than Trafford Park? Plans for Bury site on the drawing board