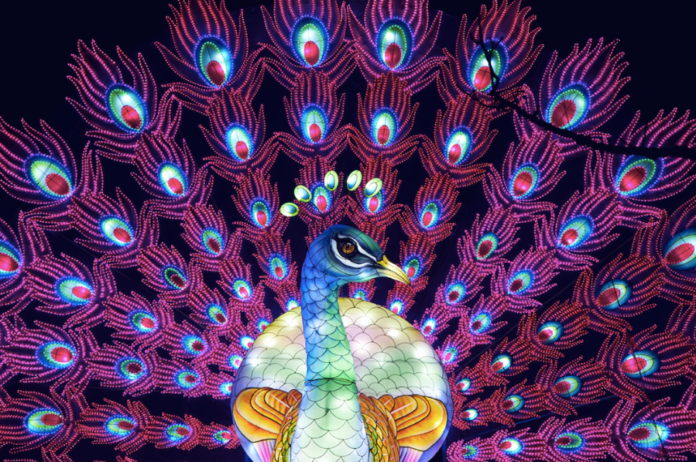 On Wednesday 20 November, Lightopia Festival hosted the ultimate VIP launch party for Manchester’s highest profile residents. In celebration of the UK’s first light and lantern festival, the launch welcomes Lightopia to its new home at Heaton Park, ahead of the opening night to public on Thursday 21 November.

The launch event was celebrated as a homage to both the local Manchester, and international Chinese influences which can be seen at Lightopia Festival. From entertainment acts and food and drink, to the symbols and meanings behind the installations designed for Lightopia by artist Ava Moradi.

In addition to the high calibre of VIP attendees, the launch also offered 2,000 tickets to members of the public at a discounted price of £10. The proceeds of sales from tickets has been split between We Love MCR Charity and The Greater Manchester Mayor’s Charity.

Hosting the launch event, Councillor Naeem Ul Hassan, former Lord Mayor, officially welcomed guests with a heartfelt speech taking place before the grand switch on moment. Speaking of the importance of Manchester as an international desination for major, world class events, Councillor Ul Hassan praised the hard work of the Lightopia team in bringing major investment to the city and encouraged long term relationships with the creative industries of China.

The speeches went on to note the contribution that Lightopia Festival will make to the thriving night-time economy of Manchester and the benefit to the park during the winter months, especially due to Lightopia’s partnership with TfGM to promote public transport, with a number of guests arriving to the event in VIP style via the Lightopia light up tram experience.

The grand switch on moment saw Lightopia Creative Director, Ian Xiang, amaze guests by opening the show with a beautiful laser water display on the lake, complete with a spectacular finale which saw the park illuminated, finally introducing the fantastic installations of Lightopia to the UK and allowing guests to begin the walking interactive lantern trail for the very first time.

Ian Xiang says, “We are so thrilled to finally announce the launch of Lightopia for the UK public throughout the festive season. Our launch night saw dignitaries from both China and Manchester come together to celebrate our light show and bring the true meaning of Lightopia to life. The festival signifies community, brightness and personal power and the launch of Lightopia was a true celebration of this.”

Lightopia Festival is an exploration of light, movement and form, taking guests on a journey throughout Heaton Park with over 47 groups of beautiful, artistic lantern installations, 2000 individual lanterns and over a million light bulbs.

Lightopia is open to the public from 21 November to 31 December. The event is closed on Mondays and Tuesdays, except during school holidays. Christmas Eve and Christmas Day are closed. Opening times are between 17:00 to 22:00. Last entry is 20:30 daily.

£1,400 raised for Forever Manchester via online auction to win tickets for ‘An Evening...