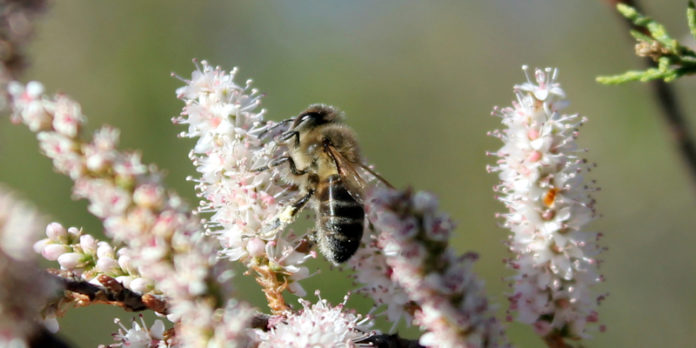 Scientists are developing a pioneering technique that allows them to monitor insects in the air using weather radars, as part of a research project called BioDAR.

Ecosystems rely on insects for pollination and as vital parts of food webs, but insect populations have been falling sharply. Until now there has been no consistent method for effectively tracking the abundance and diversity of insects over large areas.

BioDAR researchers from the University of Leeds, University of Exeter and the National Centre for Atmospheric Science will use weather radar technology to provide detailed maps of insect abundance and diversity.

The information they collect will support the conservation of insects that are vital to ecosystems such as bees and other pollinators, and will help protect against crop pests. The new project will initially aim to monitor insect populations in the UK, followed by Rwanda, Mali, and South Africa.

Dr Christopher Hassall, a member of the BioDAR team from the University of Leeds’ School of Biology, said: “Humans are causing alarming declines in wildlife populations across the world, and it is vitally important to our own survival that we protect those that are left.

“This collaboration between biologists and atmospheric physicists aims to create a powerful new tool through which we can keep a watchful eye on insect populations, allowing us to make conservation decisions that encourage their survival.”

At present, the health of insect populations is often based on small numbers of studies that are carried out across a limited number of locations.

Recent studies have attempted to explore trends in insect abundance using patchy data, but without more detailed observations, knowing how issues like climate change and habitat loss are affecting insects will be difficult.

By regularly collecting information about the variety and number of different insects over wide areas, scientists will be able to keep tabs on the impact of different conservation actions and see how human-caused changes to our environment are affecting insect populations.

Could this be the “missing link”?