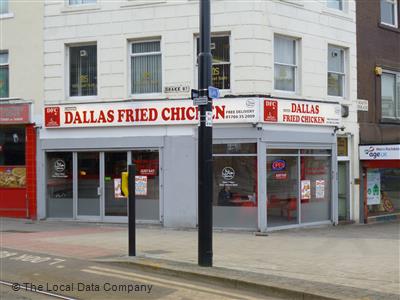 Police have now launched a murder investigation after a 59 year-old man who was assaulted off Yorkshire Street in Rochdale sadly died.

The man was outside Dixy Chicken takeaway on Reed Hill, off Yorkshire Street, when he was punched once in the face.

He fell backwards and hit his head on the floor, suffering a serious head injury.

It is believed he could have been approached by up to five men outside the takeaway, one of which assaulted him.

An 18-year-old man who was arrested on suspicion of assault has been released under investigation.

GMP’s Detective Inspector Wes Knights said: “Our thoughts are with the man’s family at this tragic time, we are doing all that we can to find those responsible and give the family the answers they deserve.

I need to hear from anyone who was in the Reed Hill area yesterday evening at around this time, who may have seen something.

“It’s a busy part of town in the evening and I would urge people to come forward with information which could be vital for us trying to establish how this man came to be seriously assaulted.”