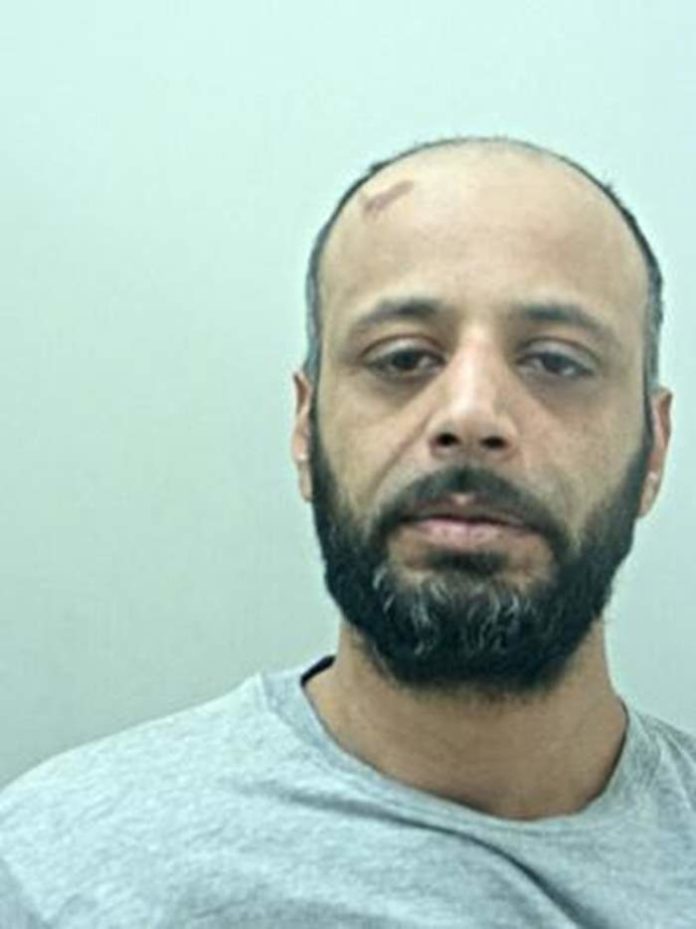 Shahid Hussain attacked 46-year-old Michael Dale at his home in Haslingden, Lancashire, on 2 May.

The court heard how Hussain turned up at Dale’s house  looking to obtain drugs, while there it is believed he and Mr Dale had a disagreement.

During the course of this Hussain stabbed Mr Dale five times to the back and chest before making off from the address.

CCTV taken from nearby shows Hussain was inside the address for less than two minutes.

Mr Dale’s body was discovered at around 1am.

Hussain pleaded guilty to murder at Preston Crown Court and was sentenced to 16 years and eight weeks in jail.

“From his initial arrest, right through to the day his trial was due to start, he has protested his innocence and put forward a concoction of lies in an effort to evade justice.

“I want to express my gratitude to the prosecution team who have worked tirelessly to disprove those lies over many months. This left him with no alternative other than to plead guilty.

“Our thoughts are very much with Mr Dale’s family and friends, who have remained extremely dignified throughout. We hope this verdict, and the fact Hussain is now facing a long time in prison, provides them with some closure and they are able to start moving forward with their lives.”

In a statement following today’s sentencing hearing, the family of Mr Dale said: “As a family we welcome today’s guilty plea and sentence.

“We will never get over losing Michael and we all miss him dearly. Michael was funny, caring, thoughtful and a true gentleman. He was a fabulous father and his children now have to grow up without him in their lives, although he will always be in our thoughts and hearts.

“We would like to thank the police for all their hard work which has ultimately led to the guilty plea today, and for all the support they have provided to us as a family.”