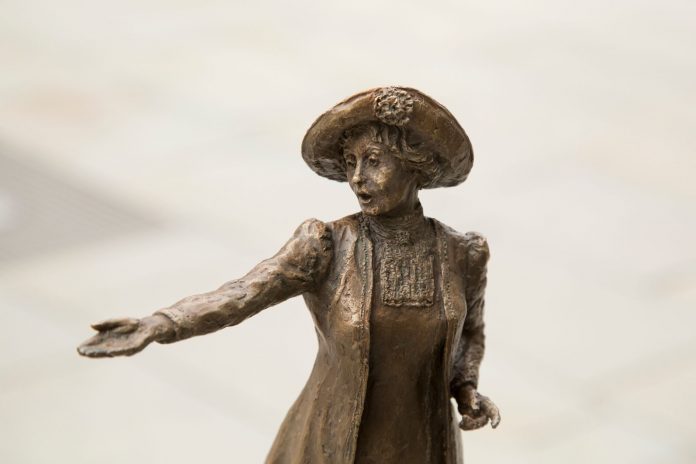 Plans have been submitted to Manchester City Council by Manchester based planning consultants Turley on behalf of the Emmeline Pankhurst Statue Project.  This takes the proposal to build a statue of the founder of the suffragette movement, Emmeline Pankhurst, in Manchester’s St Peter’s Square an important step further.

The campaign has received overwhelming interest from across the country, with more and more individuals and organisations supporting the quest for a statue of a historically significant female figure to join Manchester’s 17 existing statues.

With the only other female statue being Queen Victoria, the campaign was established to address this underrepresentation and, through a vote, the public decided that it wanted the statue to be of Emmeline Pankhurst.

Supporting the aspirations and vision for the statue, Turley has worked on the project pro bono, providing planning, heritage, engagement and design expertise and guidance over the last six months. Sculptor Hazel Reeves has also developed a ‘meeting circle’ concept to surround the statue. This concept has now been submitted to planners, with a decision expected early in the new Year.

Bob May, Planning Director, Head of Expert Witness and Director of CSR, says, “The historical connections and civic importance of this area deserves something special. These plans combine a truly inspiring figure in an area of exceptional historical and civic significance.

“It is an honour for Turley to be involved with this inspiring project for the city. The role of place is very important to us, as is embracing diversity. We hope this monument to Emmeline Pankhurst will inspire people for years to come.”

Andrew Simcock, Chair of the Emmeline Pankhurst Statue Project, says, “This has become a very significant and symbolic project for Manchester, and we have therefore been delighted to have Turley’s support and expertise at this vital stage of the planning application for the Emmeline Pankhurst statue. We are now inviting all those who have followed this whole project closely over the last few years to take a look at the plans online on the City Council website and give us their views.”

In April 2017, from a selection of six designs, a public vote selected sculptor Hazel Reeves’ ‘Rise up, women’ as the winning design. It is proposed that this completed work will be unveiled on 14 December 2018, marking the centenary of the first women’s voting in a general election for the first time.