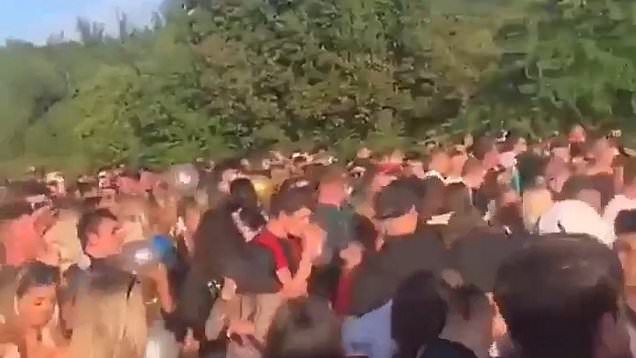 He was arrested at a property in Salford on suspicion of conspiracy to cause a public nuisance and criminal damage. He remains in police custody for questioning.

Assistant Chief Constable Nick Bailey said: “Since last weekend’s raves at Carrington and Daisy Nook in Oldham, teams of officers have been gathering intelligence – this work is continuing.

“One suspect is in custody but our investigation is ongoing to ensure we identify anyone involved in the organisation of illegal raves which, as we saw last weekend, put people at risk.

“I would like to further our appeal to anyone who has intelligence about last weekend’s raves or any planned for the future to contact police sooner rather than later via our website or 101.”