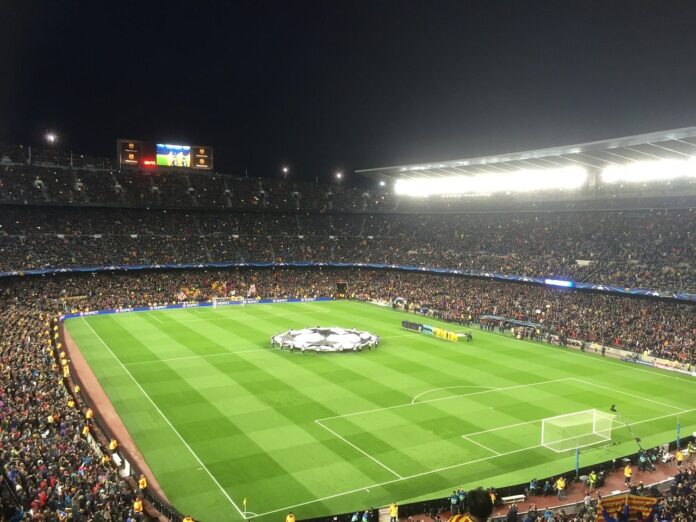 With the Premier League officially wrapped up for the season, football fans will be looking to the Champions League to get their fix with two English sides remaining in the tournament.

Europe’s elite competition was put on hold back in March in the middle of the second leg of round 16 fixtures which saw current title holders Liverpool knocked out by Atletico Madrid. Both Chelsea and Manchester City still have their 2nd legs to play but for Chelsea, their hopes are slim after suffering a 3-0 defeat to German giants Bayern Munich at Stamford Bridge. For Manchester City however, they go into their 2nd leg against Real Madrid with a 2-1 lead and bookmakers currently have Pep Guardiola’s side as favourites at odds of 15/4 to win the tournament, narrowly behind Bayern Munich at odds of 7/2.

After failing to retain their Premier League title this season, City will be looking for their first Champions League win having reached the semi-finals in 2016 to mark their best result.

When Will The Champions League Resume?

Champions League Fixtures are set to resume on Friday 7th August with matches between Juventus v Lyon and Manchester City v Real Madrid taking place. On Saturday 8th August, Bayern Munich v Chelsea and Barcelona v Napoli will conclude round 16 and the quarter-finals will start the week after on Wednesday 16th.

The 2020 Champions League Final is set to take place on Sunday 23rd August at the Estádio do Sport Lisboa e Benfica in Lisbon, Portugal.

What Are Manchester City’s Chances?

Despite being unable to win the Premier League this season, Pep Guardiola’s Manchester City have been playing thrilling football and averaged an impressive 3.4 goals per game in the league since returning in June.

However, their journey to the final won’t be an easy task with many of Europe’s elite still in the competition. If City manage to get past Real Madrid, they could face a number of top teams in the quarter and semi finals such as Bayern Munich, PSG, Atletico Madrid, Barcelona, Juventus and Napoli.

Following Bayern’s 3-0 victory against Chelsea at Stamford Bridge back in February, it’s likely they’ll be through to the quarter finals and they’ll join Atalanta, Athletic, PSG and RB Leipzig who have already qualified. City will be pleased if Lyon can hold onto their 1 goal lead against Juvenus when they play them in the 2nd leg and also if Napoli can pull something out the bag against Barcelona who they will line up against after drawing the first leg 1-1 in Italy.

With so many top teams still left in the tournament, Manchester City will be taking it one step at a time starting with their 2nd leg match against Real Madrid on Friday 7th August. They’re currently odds-on to win that match at odds of 8/11 and a very short 1/7 to qualify for the quarter finals.

You can watch Champions League fixtures live on BT Sport either on TV, online or via the BT Sport app. BT have also announced that they will be showing both the Champions League and Europa League finals for free live via their YouTube channel.