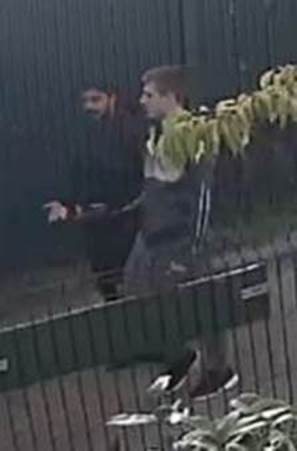 Detectives investigating the serious assault of a man in Bury have released images of two men they want to speak to in connection with the incident.

A 44-year-old man was approached by two offenders who assaulted him before stealing his personal belongings.

The incident took place on School Street in the Pimhole area last Friday.

The victim was taken to hospital, where he remains in a serious but stable condition.

Police are keen to speak to the two men pictured to help with their enquiries.

Detective Sergeant Andy Wright of GMP’s Bury District said: “This was a serious and random assault that has left a male seriously ill in hospital.

“I am appealing to the public to help identify the men pictured so we can speak to them about this incident.

“This was an unprovoked and frightening attack and I encourage anyone with any information to come forward in a bid to aid this investigation.”